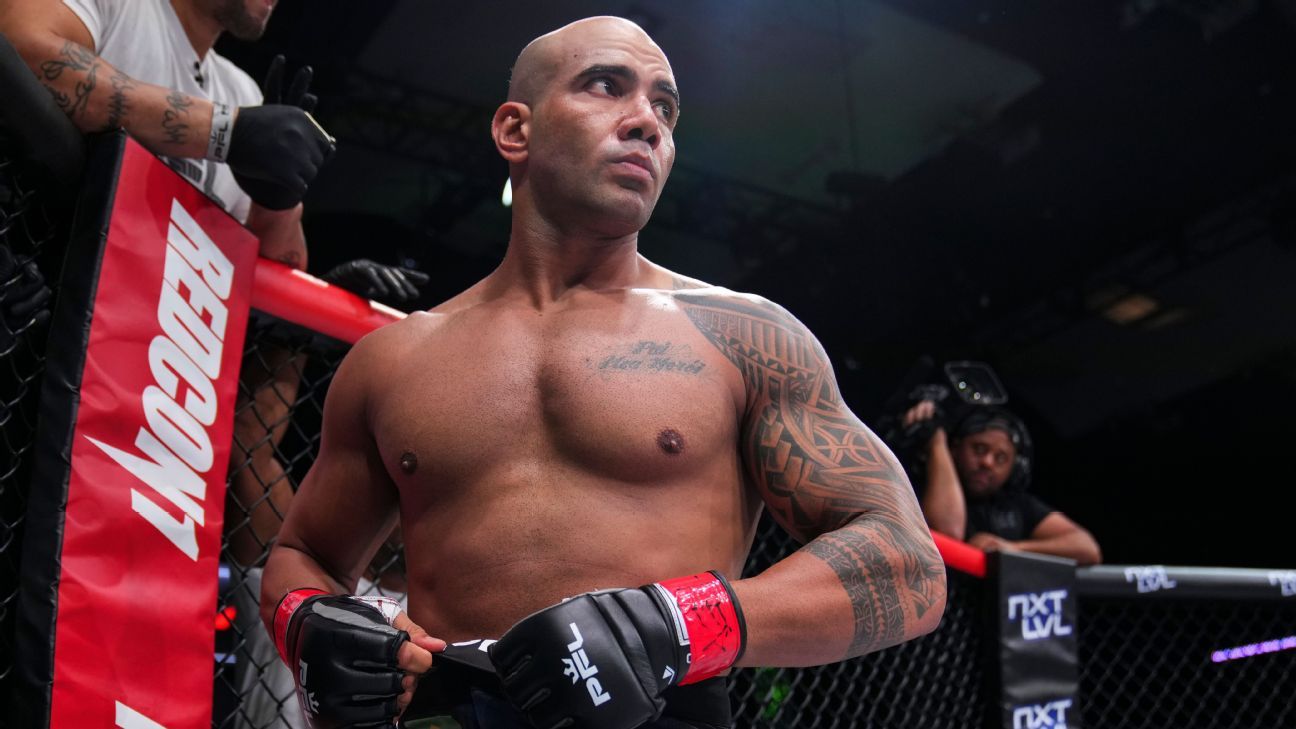 ATLANTA — Right now, there is an unmistakable buzz going on behind the scenes at the PFL.

It’s a buzz that has nothing to do with the promotion’s most established, recognizable talent. It’s independent of anything to do with Kayla Harrison, Anthony Pettis, Rory MacDonald or fan favorite Clay Collard. And it can basically be summarized by one question.

The heavyweight division takes center stage on Friday, as the regular season continues at PFL 5 inside Overtime Elite Arena (8 p.m. ET on ESPN and ESPN+, with prelims at 6 on ESPN+). And to be fair, this division is more than simply two men. In particular, Croatia’s Ante Delija deserves a lot of respect on his name, as he took Cappelozza to the brink of defeat in the 2021 finals and is off to another strong start in 2022.

But a potential matchup between 2021 champion Cappelozza (15-5), who faces Matheus Scheffel on Friday, and Ferreira (9-2), who meets Klidson Abreu, is one that just feeds the imagination. Even amongst the storylines surrounding bigger names such as Harrison, Pettis and MacDonald, this potential heavyweight matchup in the playoffs — which follow these second regular-season bouts — might be the most intriguing thing in PFL all year.

“Bruno and Renan still have some work to do to secure their spots in the playoffs, but I can’t wait to see these guys square off in what will be one of the best heavyweight bouts of the year if everything comes together,” said PFL president Ray Sefo. “Either way, I’m sure this is a fight we will end up seeing sooner or later.”

At the moment, Ferreira leads the way in the heavyweight standings with 6 points. Cappelozza also has 6 points but is slightly behind, as his first-round knockout in April wasn’t as quick as Ferreira’s. Although neither has clinched a spot in the playoffs, they can earn their way in at PFL 5.

The reason why this matchup would be so intriguing starts with Cappelozza, 33, who has knocked out four of the five opponents he’s faced since joining the PFL in 2021. Originally from Sao Paulo, Brazil, Cappelozza has mimicked the style of another all-time great Brazilian heavyweight, former UFC champion Junior dos Santos, whom he trained with briefly in 2015.

“Bruno is known for fast hands, but what I remember most about our sparring is his leg kick,” dos Santos told ESPN. “He brings a lot of pressure and his hands are very fast, but when he hit me with that leg kick I said to myself, ‘Oh, I don’t want to get hit by that again.’ I knew he would eventually accomplish great things in this sport.”

Monday through Friday, host Pablo Torre brings you an inside look at the most interesting stories at ESPN, as told by the top reporters and insiders on the planet. Listen

Cappelozza is a plus athlete, and any comparisons to dos Santos usually start with the hand speed. He got into karate at age 7, and his parents supported his progression to MMA.

His story is considerably different from that of Ferreira, who grew up in poverty in the agricultural Brazilian town of Porangatu. Ferreira stands 6-foot-8 and weighs 260 pounds. He possesses freak athleticism, as seen when he celebrated his most recent win in April by performing a one-legged front flip inside the cage.

Ferreira didn’t even start training in martial arts until 2013, when a social project in his town allowed him to get involved in Brazilian jiu-jitsu at no cost.

“I played basketball and ran track when I was young, but it was only the social project in my hometown that got me into jiu-jitsu,” Ferreira said. “The choice to pursue MMA was mostly about opportunity. Sports in general in Brazil, there isn’t a lot of support — so, when you see an area where there is support, you want to take advantage of it.

“MMA was a quicker path to become something, rather than try to get on a basketball club in Brazil. That would have taken my own finances to chase, instead of someone supporting me.”

Ferreira has basically been a phenom since he began. He started fighting regularly only in 2016, but has quickly earned a knockout artist reputation. His last two fights have ended in 31 and 25 seconds. Five of his nine professional wins have come by first-round knockout.

“I feel like there is definitely a shock factor when fighting me, and it comes from two sides,” Ferreira said. “One is my size and physicality, but it’s also the results I’ve been accruing.”

In MMA, certain athletes just stand out to the naked eye, and as the second round of fights in the PFL regular season gets underway, Cappelozza and Ferreira might be the best examples of that across the entire promotion. Both say they don’t look too far ahead, while each also acknowledges he has sized up the other. They’re not blind to the fact this fight feels inevitable.

What will happen when these two fight? It’s too early to ask … but that’s not stopping anyone in Atlanta from doing so.

“The thing with Bruno is he is so fast for a heavyweight,” Sefo said. “His punches are heavy and accurate, and if you can’t back him up, he will knock you out. Renan is a physical specimen and, with his height and length, can deliver power shots while his opponents are well out of range. Both are capable of doing damage against any heavyweight in the world, and I believe they will continue to improve and show they are amongst the best heavyweights competing in the sport today.”

A ‘wow’ moment from the most recent Jan. 6 committee hearing
Ex-Trump attorney says Trump is taking tips from McCarthy-era playbook
Boris Johnson ‘forgot’ about investigation into disgraced MP
Warner Bros admits it was ‘wholly wrong’ to block Sky News questions in JK Rowling censorship row
Carrie Johnson questioned ‘how Pincher had ever ended up in the whips’ office’ five years ago