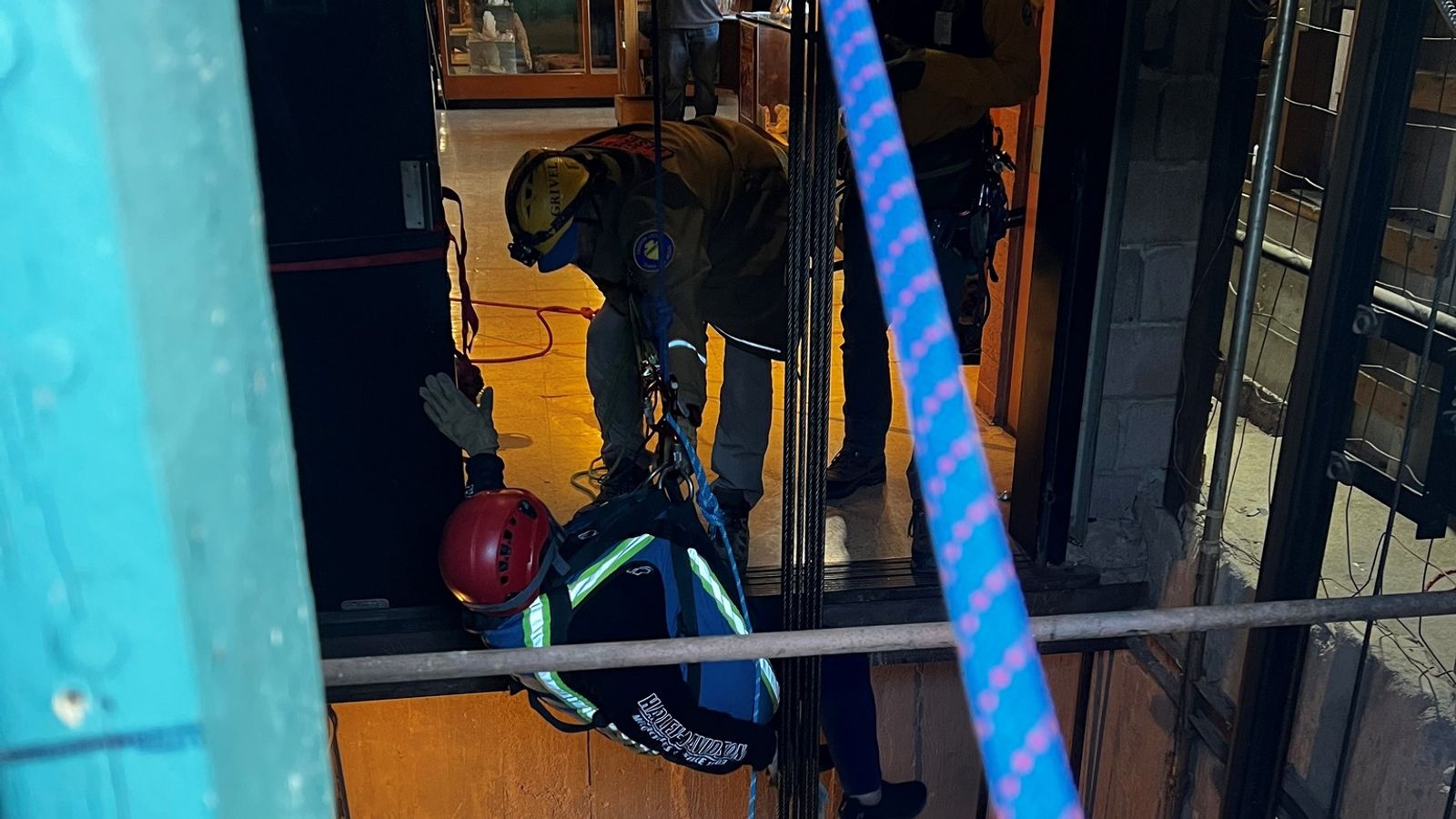 Five people had to be hoisted to safety after an elevator at the Grand Canyon Caverns broke down around 210ft (64m) underground.

A husband and wife, a couple with two young children and at least two people in their 70s were stuck for between 24 and 30 hours after taking a 30-minute tour of the caverns.

The tourist attraction allows people to tour an ancient cave and stay in an underground hotel 120 miles (193km) southwest of Grand Canyon National Park in Arizona.

The tourists were 21 storeys down and preparing to return above ground when they discovered the lift wasn’t working on Sunday night local time, Coconino County Sheriff’s officials said.

A man with the group was able to get out and notify authorities after climbing the emergency staircase to the surface, they added.

Police said five of the stranded party were “not capable of self-evacuating using the emergency staircase”.

They stayed in a hotel suite at the bottom of the cavern overnight after authorities determined they should stay there while repair work was carried out on the elevator.

This means they were safe and had access to food as they awaited rescue.

Ten members of the Coconino County Sheriff’s search and rescue unit and four members of the Flagstaff Fire Department’s technical rescue team set up a rope rescue system in the elevator shaft after they were notified the repair work had been unsuccessful.

The rescue workers walked to the bottom of the emergency stairs and secured each of the tourists in a harness before raising them one at a time up the shaft.

The rescue was completed and no injuries were reported, the sheriff’s office said.

Sherry Jimenez, who was one of those rescued, told Phoenix TV station ABC15 afterwards: “I can’t say thank you enough because they did everything so professionally, so safe.”