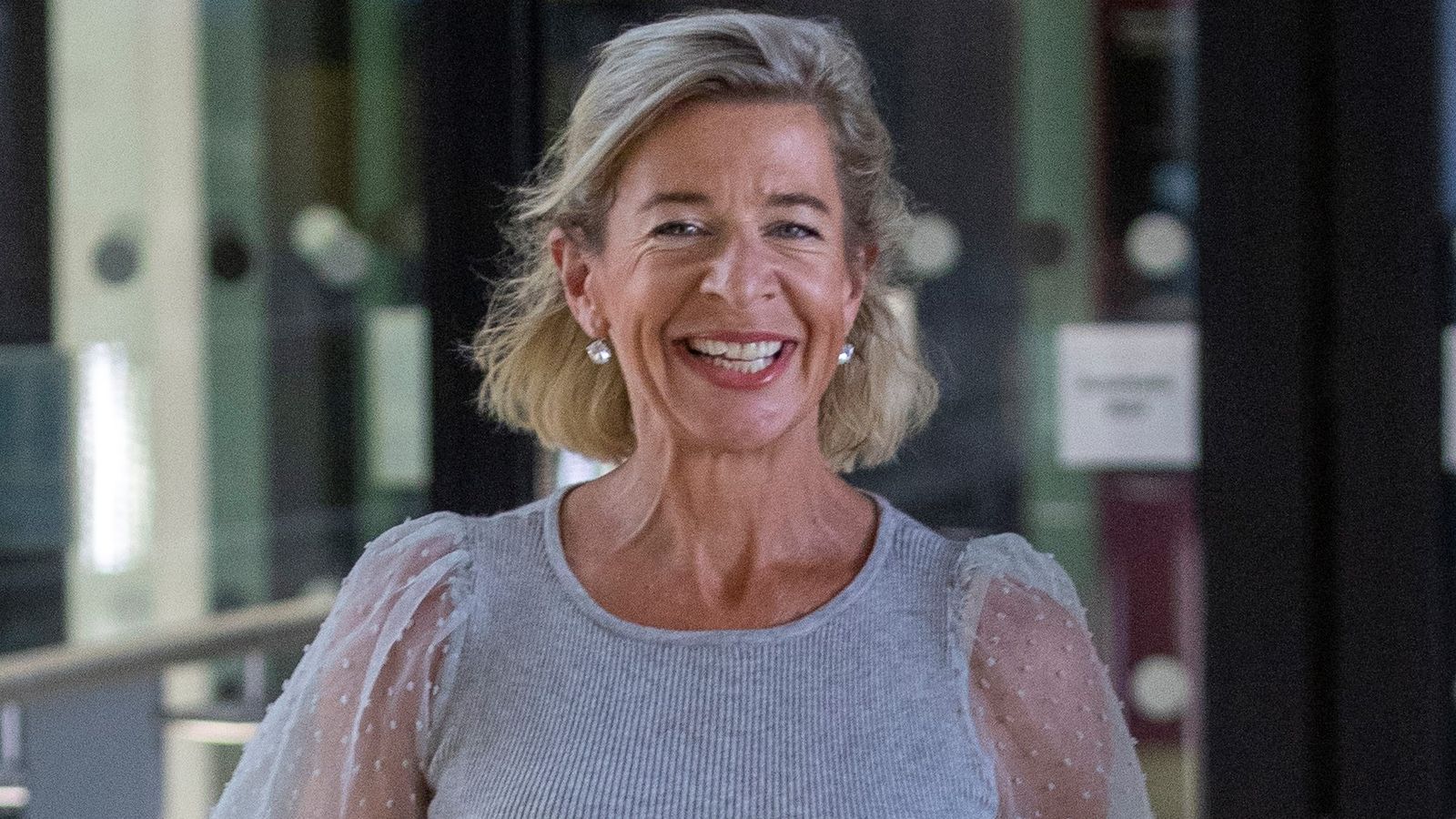 Former reality TV contestant Katie Hopkins has arrived back in the UK after being deported from Australia for joking about breaching her hotel quarantine.

Touching down at Heathrow overnight, the far-right commentator said “it’s nice not to wear a mask again” before stepping into black Mercedes and being driven away.

In a now-deleted post on Instagram, which is one of the only social media platforms Hopkins has not been banned from, she wrote: “You may ‘deport’ the Hopkins. But you cannot silence the truth.

“We will fight to TAKE BACK our freedoms.”

The former Apprentice star landed in the UK after all legal COVID-19 restrictions had been dropped in England, with pubs, shops, restaurants, nightclubs and performance venues all allowed to operate at full capacity.

She had travelled to Australia – which is on the UK’s green travel list – to appear on Big Brother VIP, and caused controversy by boasting about flouting the country’s regulations.

Hopkins said on an Instagram Live video that she was deliberately disobeying quarantine measures by taunting guards and opening her door without a mask.

The 46-year-old also joked that she planned to frighten staff by confronting them while naked.

The government revoked her working visa and fined her $1,000 (£536) before removing her from the country.

Those who arrive in Australia need to quarantine for two weeks in a government-mandated hotel, and are not allowed to open their doors for 30 seconds after meals are delivered. A face mask also needs to be worn when a door is open.

Australia is currently seeing a surge in coronavirus infections, with major cities Sydney and Melbourne back in lockdown.

Estimates suggest that more than 34,000 Australians who are seeking to return home remain stranded overseas due to border closure measures – leading many to criticise the decision to allow Hopkins into the country to take part in a reality TV show.

More than 100 live animals found in women’s luggage
Trump media company subpoenaed in federal criminal probe of SPAC deal
Awesomely Weird Alibaba Electric Vehicle of the Week: $4,000 Electric Cargo Truck from China
New Asthma Research May Be a Possible Breakthrough for Better Treatment
Carrie Johnson questioned ‘how Pincher had ever ended up in the whips’ office’ five years ago