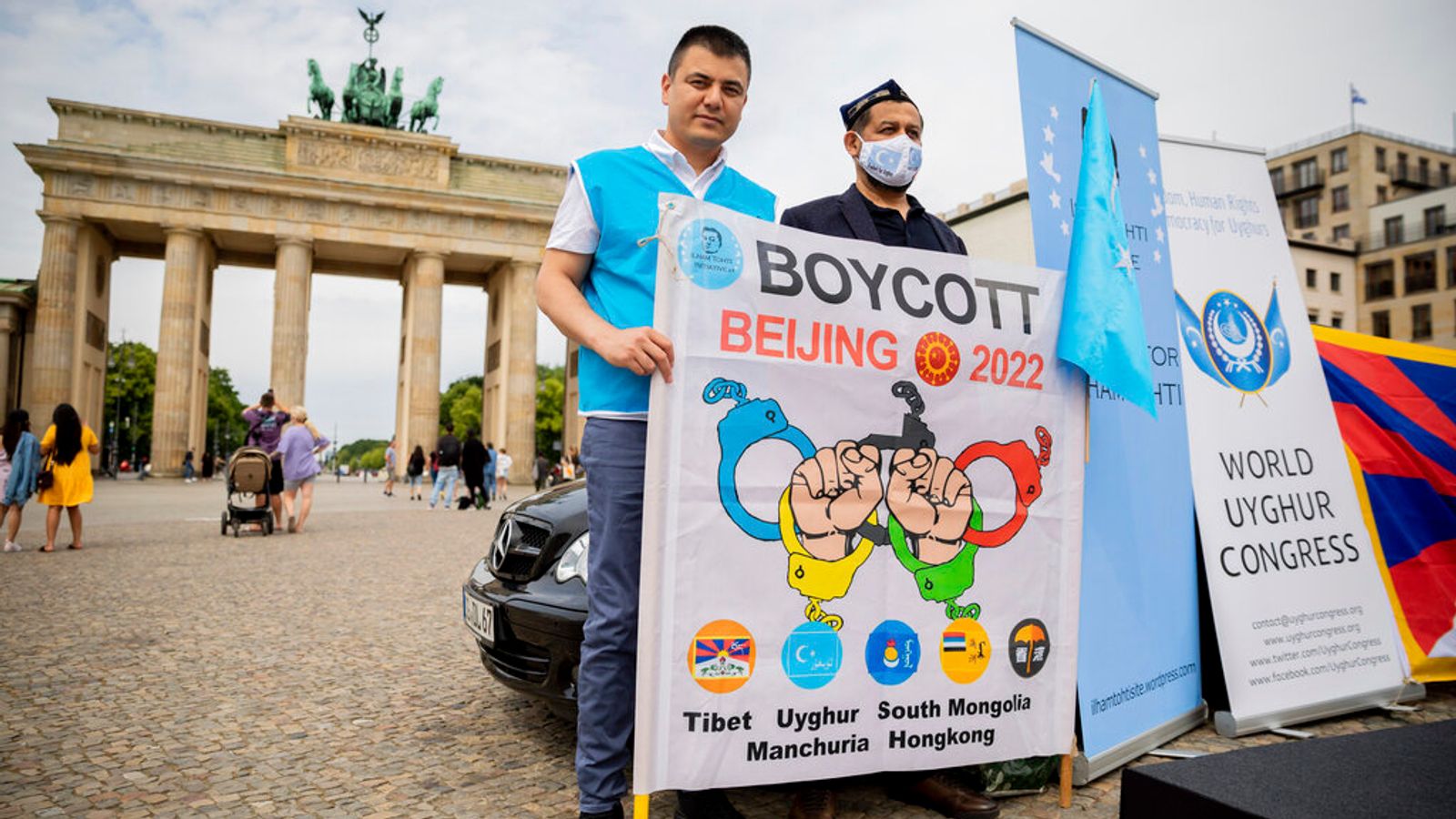 Dominic Raab has said it is “unlikely” that he will attend the Beijing Winter Olympics in 2022, amid growing calls for British dignitaries to boycott the event over alleged human rights abuses in China.

The foreign secretary told Kay Burley on Sky News he doubts he will attend the sporting event, but that individuals should be “mindful not to try and overly politicise the Olympics”.

It comes after Labour said a boycott is necessary unless China allows the United Nations to carry out a thorough investigation into “systematic persecution” of Uighur Muslims in Xinjiang province – claims Beijing has denied.

And last week, MPs made a non-binding vote in parliament calling on the government to stage a diplomatic boycott of next year’s Games.

The foreign secretary told Sky News: “In general, I think, and you are seeing it now, we are mindful not to try and overly politicise the Olympics.

“In this country questions like whether the athletes participate are decided as a matter of law independently by the IOC (International Olympic Committee).

“Of course there are great sensitivities around Xinjiang and things like that.

“I think it is unlikely I will go.”

Earlier this month, a Foreign, Commonwealth and Development Office spokesperson said “no decisions have been made” about the attendance of UK government officials to the event.

The foreign secretary has previously described the atrocities alleged to be taking place in China as “one of the worst human rights crises of our time” and has warned that the world “cannot simply look the other way”.

But Labour have called for greater action.

An open letter from shadow foreign secretary Lisa Nandy and shadow culture secretary Jo Stevens written earlier this month said the UK government “should not send ministers, Royal Family members or senior representatives to participate in any official duties or ceremonies at the Beijing Olympics” – unless Chinese authorities allow an investigation into ongoing activities.

They said the boycott should be triggered if China does not grant inspectors access to Xinjiang by 14 September – the opening of the UN General Assembly session in New York.

And speaking to Kay Burley on Thursday, shadow home office minister Jess Phillips described the foreign secretary’s position on the matter as “weak”.

“I think that (Mr Raab’s) answer there about not politicising the Olympics is a bit weak if I am honest,” she told Sky News.

“I think that it’s… these are huge global events and while they are sporting events, they offer Britain a soft power option to speak about the kind of things that the people in our country care about.

“And what is happening to the Uighur Muslims in China is not something that we should sit back and just ignore.

“So I hope very much that they listen.”

The Games are due to take place in February next year.

UK-based startup Tevva launches hydrogen-electric truck with 310-mile range
Drako Dragon: A new 1.9-sec 0-60 mph electric hypercar in a luxury SUV format
Tory whip resigns over groping allegation after ‘drinking far too much’ on night out
PM shamed into disciplining close ally accused of groping
Ex-aide was backstage with Trump at his Jan. 6 rally. Here’s what she heard him say