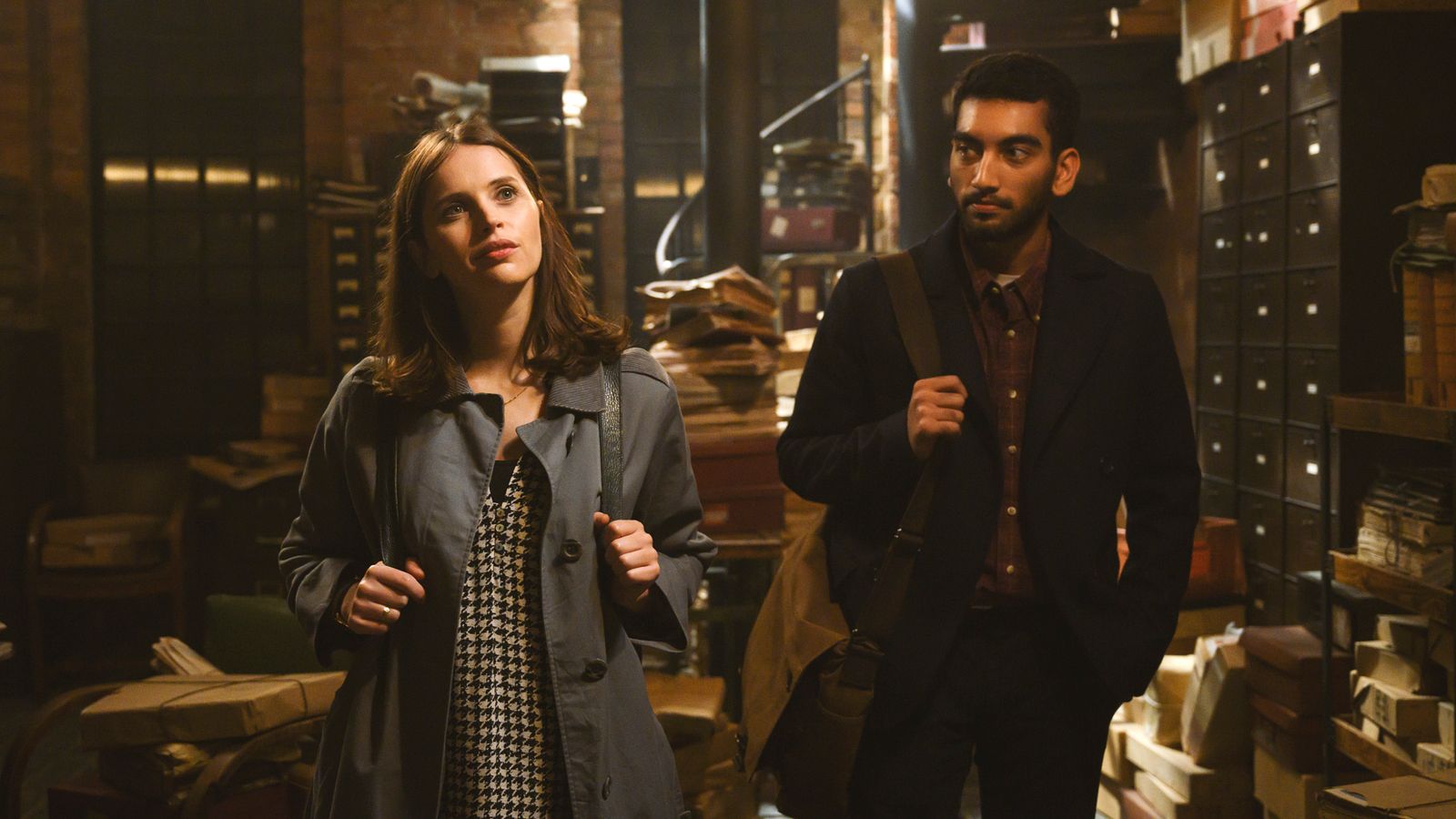 It’s a book that the author felt was “unfilmable” due to its different time strands.

But both Shailene Woodley and Felicity Jones were so taken with the adaptation of The Last Letter From Your Lover that they chose not just to star in the film, but to work on it as executive producers as well.

Now Jojo Moyes’ story of two love affairs, decades apart, is being released in cinemas and its stars have told Sky News why they wanted to get so involved on the project.

“Any producer role, I think the main job – take out the day-to-day bits – is to protect the integrity of the story that you’re telling and to protect the creative people involved and to make sure that it doesn’t go off the rails any which way,” explained Woodley.

“For me, it has felt very important to be involved in that way, because as much as we as actors care about our characters, we really care about the stories that we’re telling and we care about the entire plot line as a whole.

“So it feels really like an honour to be a producer in a way, because you are there making sure that everything is protected – and it also feels a lot more fun because there’s other creative elements that you get to bring into the project.”

Felicity Jones, who plays a journalist in the modern-day strand of the movie, said while it was a natural transition to become a producer, it’s a role she’s really valued.

“It’s a really special experience when you’re with a team where you feel listened to – we were both able to see the edit of the film and have an opinion on that, and were really listened to in the making of this film, which you sort of get used to and want that to continue on everything that you do.”

The book the story is based on first came out in 2008, and like so many of Moyes’ novels it won a legion of fans.

The best-selling author also worked on the movie, which should bring comfort to those concerned about seeing how the characters they love on the page have been brought to life on the screen.

Jones said she is all too aware of the weight of expectation from those who love the book.

“I have such empathy when you read something and then you see it and you think, ‘Oh, no, that’s so disappointing’,” she said.

“But Jojo Moyes was so closely involved in this film throughout its entirety, so it felt like we had her blessing, and what you seek to do is capture the essence of those characters and the book.

“There are definitely some changes that have happened, but essentially you want to get ‘what did Jojo want by writing that book?’ And it does feel, hopefully, that the film has achieved that.”

While Jones’ character is set in modern-day London, Woodley’s narrative plays out in the 1960s.

The separate timelines meant Jones and Woodley – who are promoting the film together – didn’t actually spend much time with one another during production.

“It is funny, we would see each other very rarely on set, there would be a little bit of crossover or maybe we’d be leaving and entering a costume fitting at around the same time, and in a sense it was a bummer because I’ve wanted to work with Felicity for a really long time and I hope one day we have the opportunity to do that,” Woodley said.

“And at any given moment, it’s left a lot of mystery to this project because I myself have been excited to see what Felicity and Nabhaan [Rizwan who plays Jones’ character’s love interest] brought to their storyline and how they created that dynamic.

“And it’s funny when that happens in films, I think there’s an assumption if any given actors are in a project together that they got to spend a lot of time together, but I mean, we maybe had a few days at most when we saw each other.”

But despite not filming together, there does seem to be a genuine affection between the pair as Jones chips in with “It wasn’t enough, it wasn’t enough – there’s more to come!”

The Last Letter From Your Lover is out in cinemas on 6 August.

‘Guilt-free flying’: Rolls-Royce and easyJet test aircraft engine running on hydrogen
Tesla Semi completes first 500-mile trip with a full load
Another US state adds electric bike subsidy, this time with up to $1,700 rebate
What is Alzheimer’s, how common is it – and will new drug lecanemab help patients in the UK?
Christmas travel warning as road workers to strike at same time as rail walkouts