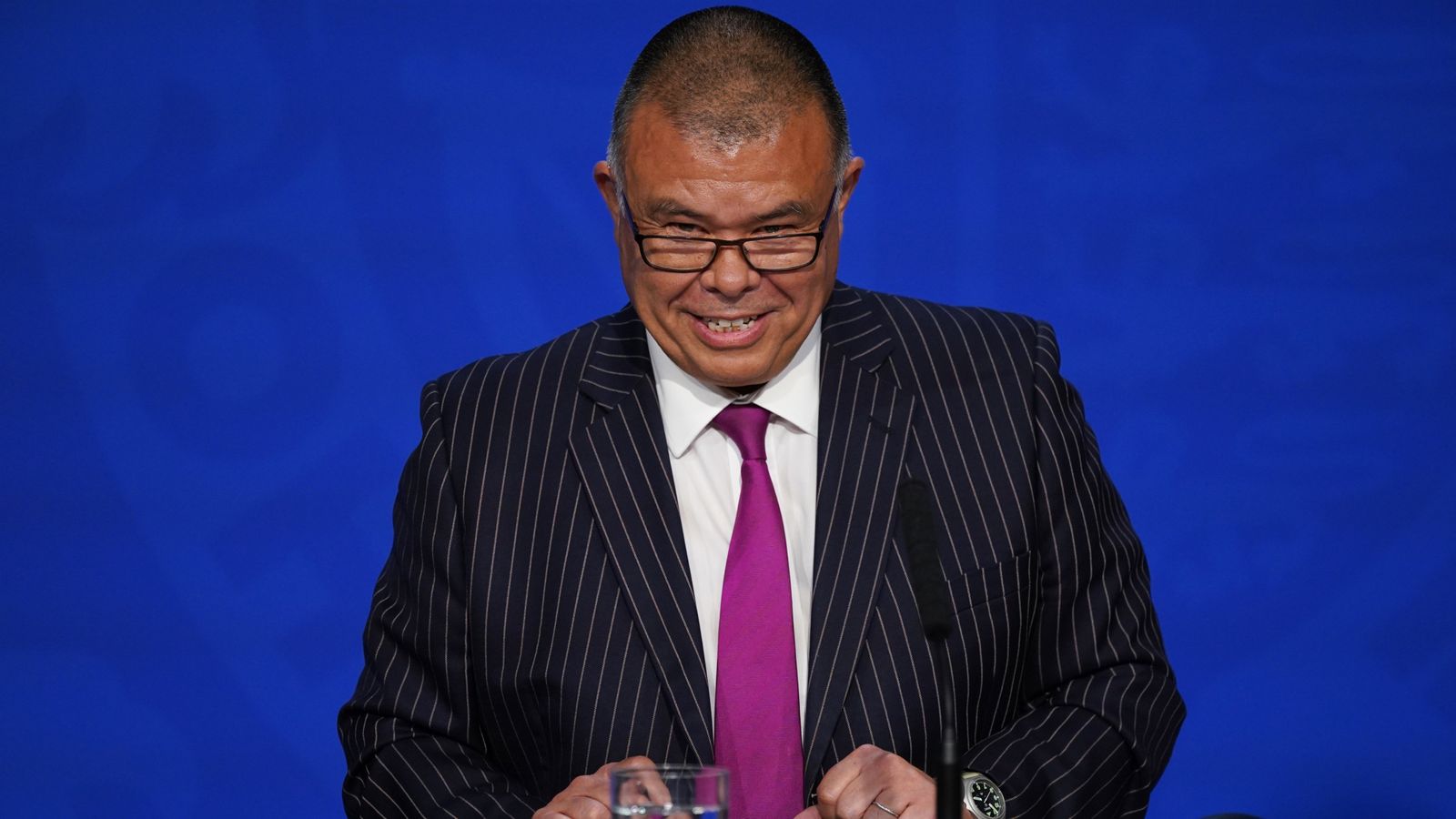 Predictably, it was the JVT show. Wouldn’t we all want the reassuring, straight-talking and authoritative Jonathan Van-Tam as our GP?

His bedside manner would make the sickliest patient feel better. No wonder he’s so popular on the Mumsnet forum!

A veteran of Downing Street COVID news conferences now, England’s deputy chief medical officer is so media-savvy these days that he anticipates questions he expects to be asked.

Live COVID updates from the UK and around the world

Yes, he said in answer to a question he hadn’t been asked, there’s a plentiful supply of vaccines to ensure all 16 and 17-year-olds will be offered their jab.

He was also typically candid about the timetable of the programme.

It would start in “a short number of weeks” and the programme was achievable “within one term”, he said.

By Christmas, in other words.

Alongside JVT, the less familiar face of Wei Shen Lim, from the Joint Committee on Vaccination and Immunisation (JCVI) which has now backed jabs for 16 and 17-year-olds, was also reassuring.

He had four useful pieces of advice: Get a jab if you’re over 18, don’t forget the second dose, there’s no change yet for 12 to 15 year olds and get a flu jab too.

As expected, it was confirmed that 16 and 17-year-olds won’t need parental consent. At 16, you’re old enough to consent for yourself, the NHS judges.

Asked by Sky’s Ashish Joshi if not vaccinating 12-15 year olds yet was a missed opportunity, JVT was again reassuringly candid.

The categories of those in that age group who do qualify are “more likely than less likely” to be broadened, he said. So watch this space.

This was a rare Downing Street COVID news conference without politicians. But who needs government ministers, or even Boris Johnson, when the NHS has such a superb communicator as JVT?

He began this 40-minute news conference by declaring there was “no time to waste” and ended with the rallying cry: “Full speed ahead.”

And although he bluntly pointed out he’s not in charge of the vaccine programme, you get the sense that those who are will have heard his no-nonsense call to get on with it.

He didn’t repeat his most famous phrase, “Don’t tear the pants out of it!”, here. He didn’t have to. But once again JVT skilfully managed to be reassuring and straight-talking at the same time.