Following the killing of Sir David at his constituency surgery in Essex on Friday afternoon, Ms Patel chaired a meeting of police, security and intelligence agencies and also spoke to House of Commons’ Speaker Sir Lindsay Hoyle.

“The home secretary has asked all police forces to review security arrangements for MPs with immediate effect and will provide updates in due course,” a spokesman for Ms Patel said.

Sir David died after being stabbed at a surgery – where MPs offer face-to-face meetings with constituents – in his Southend West constituency in Leigh-on-Sea.

Sir Lindsay also promised to “examine” safety measures for MPs following the killing of Sir David, but cautioned against a “kneejerk reaction”.

He described himself as “shocked and deeply distressed” by Sir David’s death – the second killing of an MP in their own constituency in little more than five years.

Sir Lindsay told Sky News that he had gone ahead with his own constituency surgery on Friday following the news of Sir David’s death.

Sir Lindsay said he would continue to “look at” security measures, adding: “We won’t sit back on our laurels, of course we know the challenges.

“We’ve got to protect MPs and allow them to carry out their duties. The duties that the electorate put them there for – to speak, to meet and to make sure that their views are conveyed to parliament.” 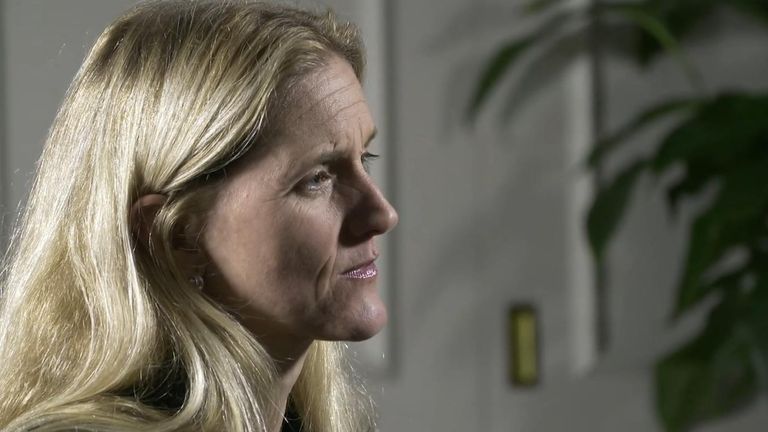 Sister of Jo Cox in shock over MP death

Labour MP Lucy Powell on Friday night revealed she had received “a number of reassuring calls from Greater Manchester Police” with “some extra measures and support being put in place”.

Sir David’s death follows the 2016 murder of Jo Cox, the Labour MP who was shot and stabbed in her Yorkshire constituency on the day when she had been due to hold a surgery.

But senior Tories have urged caution over new security measures that would move MPs away from meeting with members of the public.

Lord Pickles, a former Conservative Party chairman who was an MP for 25 years before joining the House of Lords, acknowledged that security risks were “part of the job” for parliamentarians.

“It’s something you sign up to,” he told Sky News.

“There are some places in the world… where they [politicians] operate in a bubble, where they are a political class.

“David’s accessibility was one of the reasons why he was such an effective operator inside parliament, inside politics.”

Lord Pickles described Sir David’s death as “tragic”, “dreadful” and “not normal”, but added: “We live in an age where sometimes you have to take risks.

“No one expects you to die, of course you don’t, but you don’t expect it to be entirely risk free.

“When you’re dealing with people who are often emotional, who feel like the system has let them down, often they’ll look for someone to blame.

“But, you know, if we sort of close up shop and just disappear behind a security bubble, it is democracy itself that will be the lesser thing.”

“It’s an awful paradox, frankly, that it was in his constituency surgery that he was attacked and killed,” he said.

“I do hope – and I think he would hope – that one of the outcomes of this is not that we distance ourselves from constituents.

“He would hate that idea.” 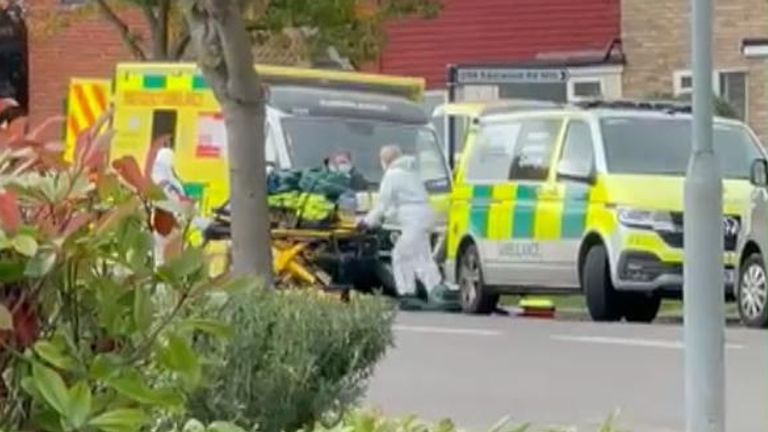 “But we do put ourselves in a vulnerable position over surgeries.

“Maybe we need more security at places like that where the public know where we are – and so perhaps there should be a bigger police presence supporting MPs.” 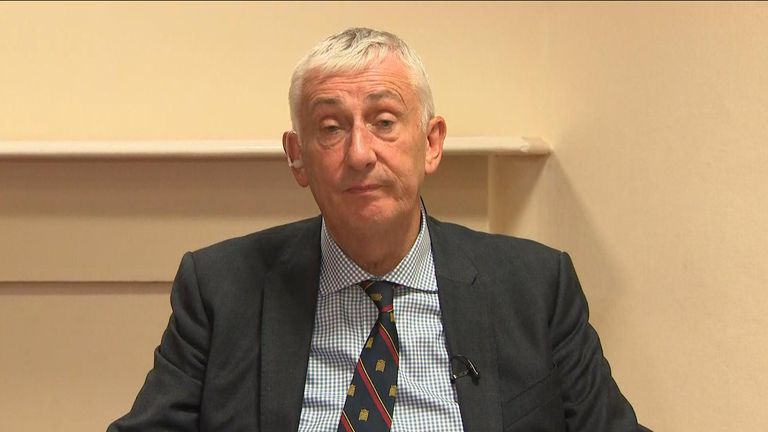 ‘A stalwart of parliament, a great man’ – Hoyle

Kim Leadbeater, the sister of Jo Cox who is now a Labour MP herself, said that many MPs will be “scared” by the death of Sir David.

“It’s so hard because we’ve got a job to do,” she said. “I find myself now working as a politician and trying to help people and trying to do good things for people.

“It’s really important that we get good people in public life. But this is the risk that we’re all taking. So many MPs today will be scared by this.

“My partner came home and said ‘I don’t want you to do it anymore, because the next time that phone goes it could be a different conversation’.”

Ms Leadbeater said that safety was “always on my mind everywhere I go and everything I do” but added she was “really well looked after by the police”.

Accounts from the Independent Parliamentary Standards Authority showed MPs spent £2.5m on security in 2016/17 – up from £170,000 the previous year.

The murder of Jo Cox came six years after Stephen Timms was stabbed twice in the stomach at a constituency surgery in east London.

Roshonara Choudhry, a 21-year-old student, was later found guilty of attempted murder and jailed for a minimum of 15 years.

During her trial, a court heard Choudhry had made a list of MPs who had voted for the Iraq war.

Mr Timms underwent emergency surgery but survived the attack and continues to serve as MP for East Ham.

In January 2000, Andrew Pennington died while saving the life of Cheltenham MP Nigel Jones when they were attacked with a Samurai sword.

The 39-year-old, who was acting as an assistant to Mr Jones, was posthumously awarded the George Medal for bravery.