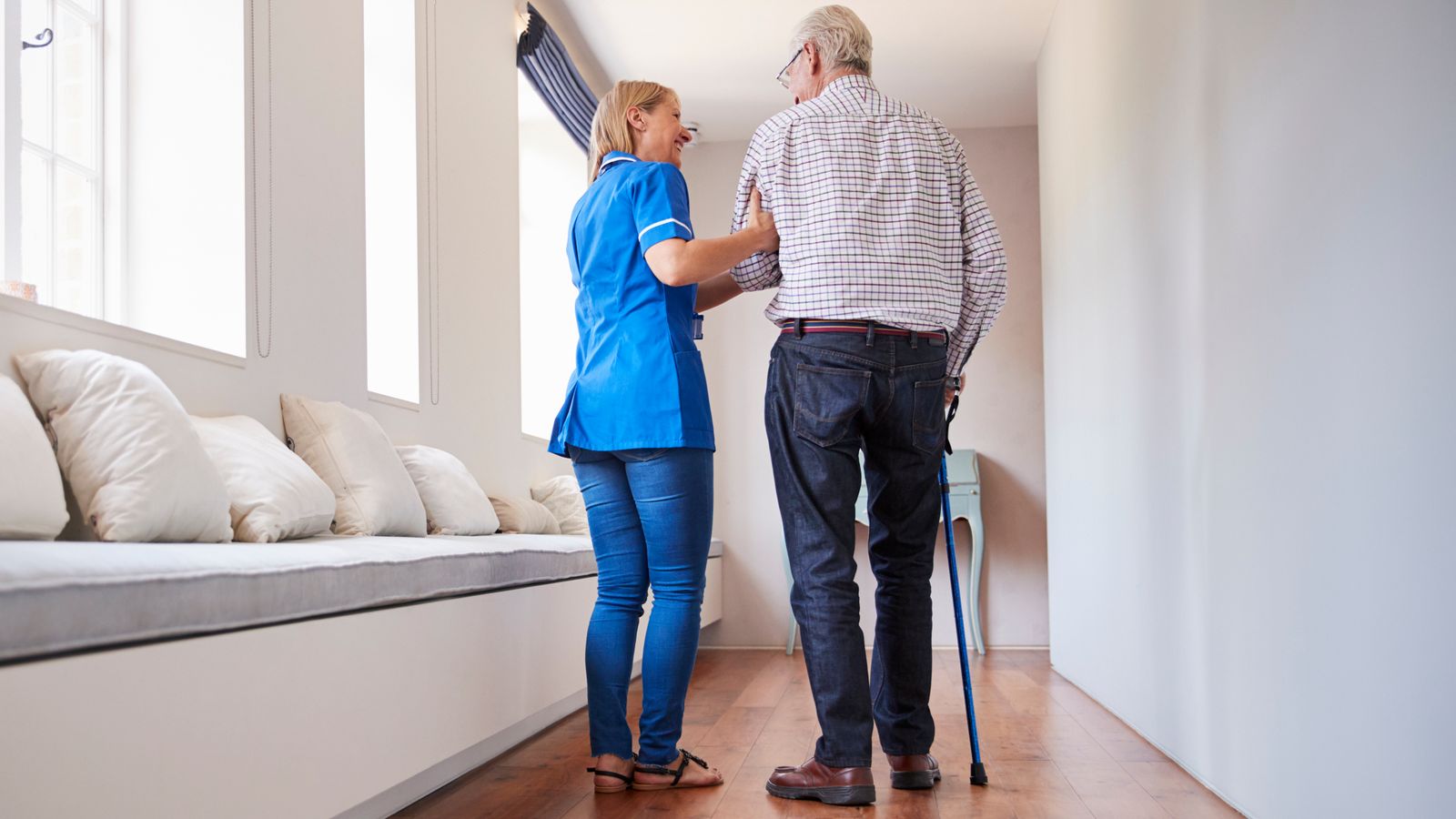 A minister has failed to guarantee people will not have to sell their homes to pay for social care ahead of a possible Tory rebellion over the issue.

Paul Scully, the small business minister, told Sky News Boris Johnson’s 2019 manifesto promise was a “single headline” and it is not possible to tackle the problem of paying for social care by boiling it down into one line.

The government is facing a possible backbench rebellion today over anger that the least well-off may still have to sell their homes to pay for care.

MPs will consider whether to accept changes to the government’s proposed social care reforms announced last week that mean any help from the government will not count towards a lifetime cap of £86,000 – only what people pay privately.

Health Secretary Sajid Javid said “everyone will be better off” under the reforms but MPs of all parties have said those with assets between £20,000 and £100,000 will struggle to reach that cap so may have to sell their homes to pay for care.

Mr Scully told Sky News’ Kay Burley: “There will be fewer people selling their houses and hopefully none.

“I can’t tell you what individuals are going to do.

“What I’m saying is the social care solution is all about getting a cap above which you do not need to pay – that gives people certainty.”

Pushed on whether Mr Johnson was lying about nobody having to sell their home to pay for care, Mr Scully added: “No, I don’t think he was.

“He was boiling down a complicated message – which is why social care hasn’t been dealt with in at least 10 years – to something that people could appreciate.”

He added: “If we boil it all down to a single headline then you’ll never tackle any thorny issue like social care.”

Mr Scully insisted that there needed to be a cross-party consensus on social care.

Last Wednesday, the government revealed details of the £86,000 lifetime cap on social care costs it promised in September.

But the new plan means any financial help a person receives from a local authority will not count towards the £86,000 cap.

Experts, including social care cap architect Sir Andrew Dilnot, have said this will mean those households will receive “far less protection than expected” and could still face catastrophic costs.

But shadow health secretary Jonathan Ashworth told Sky News the details on the cap are a “care con”.

He told Burley: “If you live in a £1m house in the home counties, 90% of your assets will be protected if you need social care but if you live in an £80,000 terraced house in Hartlepool, Mansfield, Bury, Wigan, you lose nearly everything, that is not fair.

“That’s not levelling up, it’s daylight robbery so we’re saying to Tory MPs ‘join with us tonight in rejecting this proposal and instead ask the minister to retreat to the drawing board and come up with something fairer’.”

Former justice secretary Robert Buckland earlier said he was planning on voting against the plans during the vote at 10pm today.

Other backbench Tory MPs are expected to join him following lingering ill-feeling after being whipped to support former MP Owen Paterson in a standards row which the government then had to perform a U-turn on.