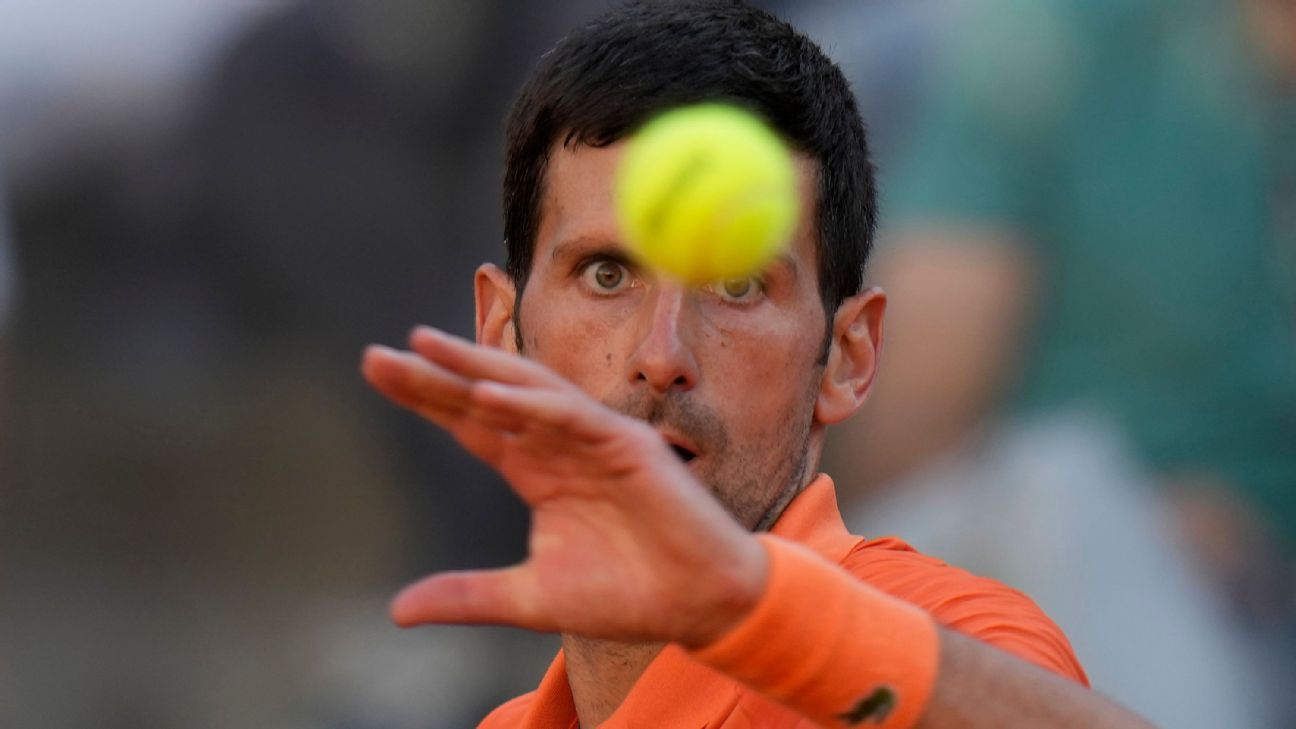 Top-ranked Novak Djokovic faced little resistance Thursday at the Italian Open, posting a 6-2, 6-2 win over Stan Wawrinka, who was playing only his second tournament after undergoing two surgeries on his left foot.

Djokovic needed just 1 hour, 14 minutes to finish off the match.

Djokovic, a five-time champion in Rome, will next play Felix Auger-Aliassime, who ended the run of American qualifier Marcos Giron with a 6-3, 6-2 victory. It will be the first meeting between Djokovic and Auger-Aliassime.

The loudest cheers of the day were for Jannik Sinner, the 20-year-old Italian competitor who beat Filip Krajinovic 6-2, 7-6 (6) to reach the quarterfinals for the first time at his home tournament.

Sinner will next face Stefanos Tsitsipas, who rallied past Karen Khachanov 4-6, 6-0, 6-3 for a tour-leading 29th win of the year.

Zverev, who is still seeking his first title of the year, has his father and coach, Alexander, back on the circuit with him after a prolonged absence for reasons the family has kept personal.

When Zverev won the ATP Finals in November, his older brother and fellow pro, Mischa, was coaching him.

“I was missing a coach for six months. That’s what was missing,” Zverev said. “That’s why I took Sergi Bruguera on — because we didn’t quite know how long it would take my father to be back.

“I’m very happy for him to be back here. It gives me a certain calmness, a certain confidence as well, because he’s been there from the beginning of my career. I think nobody knows me better on the court than he does.”

Information from The Associated Press was used in this report