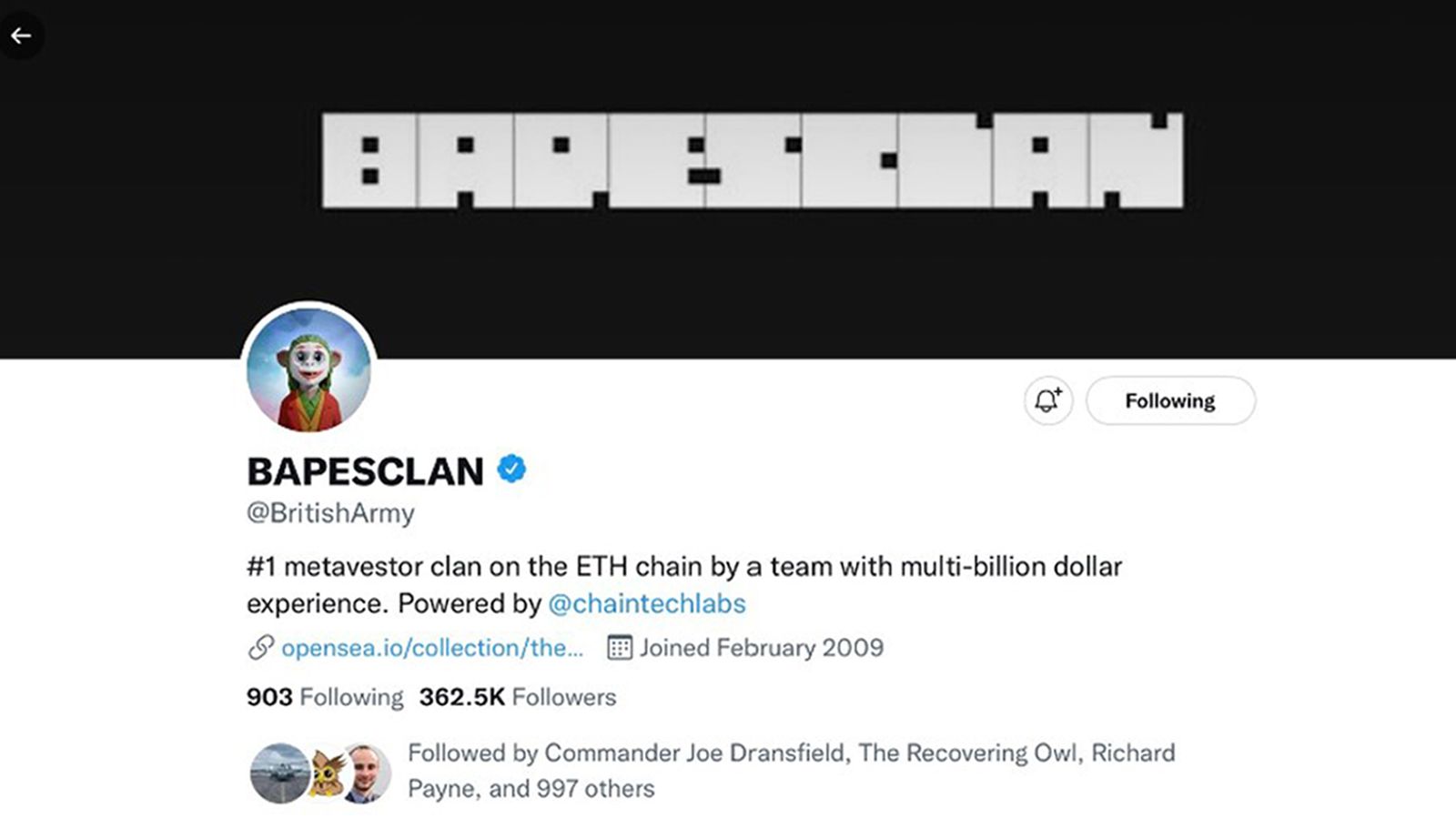 An NFT, or non-fungible token, is a distinct cryptographic token that cannot be replicated and acts as a certificate of ownership for virtual items.

At one point the account name was changed to Bapesclan and the profile picture to an ape-like cartoon figure in clownish make-up.

A tweet posted afterwards read: “Apologies for the temporary interruption to our feed. We will conduct a full investigation and learn from this incident. Thanks for following us and normal service will now resume.”

An Army spokesperson said they were aware “of a breach of the Army’s Twitter and YouTube accounts and an investigation is under way”.

They said information security is taken “extremely seriously”, and added: “Until the investigation is complete it would be inappropriate to comment further.”

The chair of the House of Commons Defence Select Committee tweeted: “This looks serious.

“I hope the results of the investigation and actions taken will be shared appropriately.”