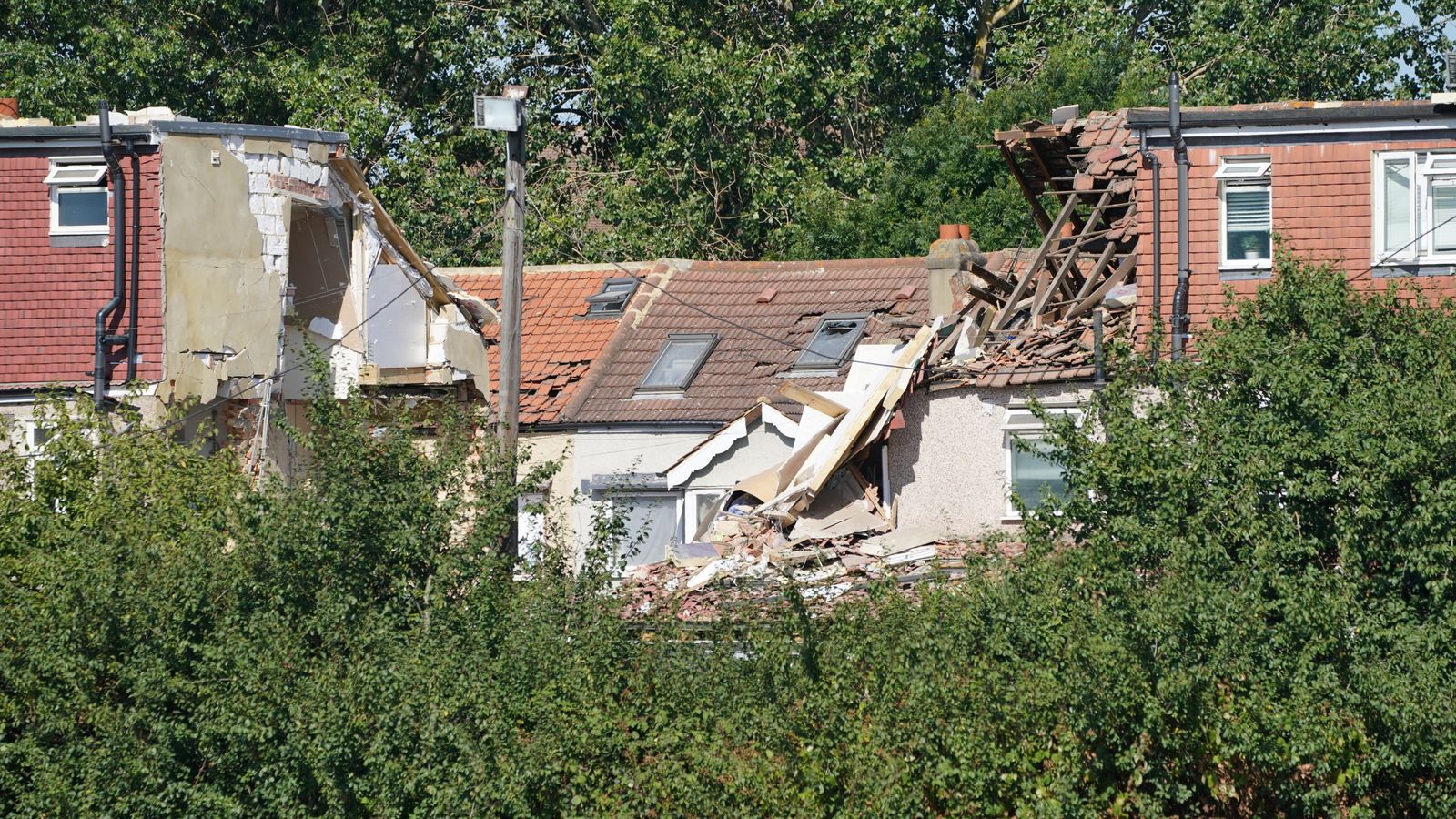 Two people have been rescued as a house collapsed after a fire and explosion in Croydon, south London.

Six fire engines and around 40 firefighters were sent to the blaze in Galpin’s Road, Thornton Heath, shortly after 7am on Monday.

One local resident told Sky News they heard a loud boom from several streets away which felt like “a storm” passing through the house and blew open doors.

Others said they were woken up by the noise. One man living down the road said the windows and the doors of his son’s room were shaking after the explosion.

London Fire Brigade said it had taken 14 calls about the incident, and neighbouring properties have also been damaged.

The cause of the fire and explosion is not yet known, it added.

Officers from the Metropolitan Police and London Ambulance Service paramedics are also at the scene.