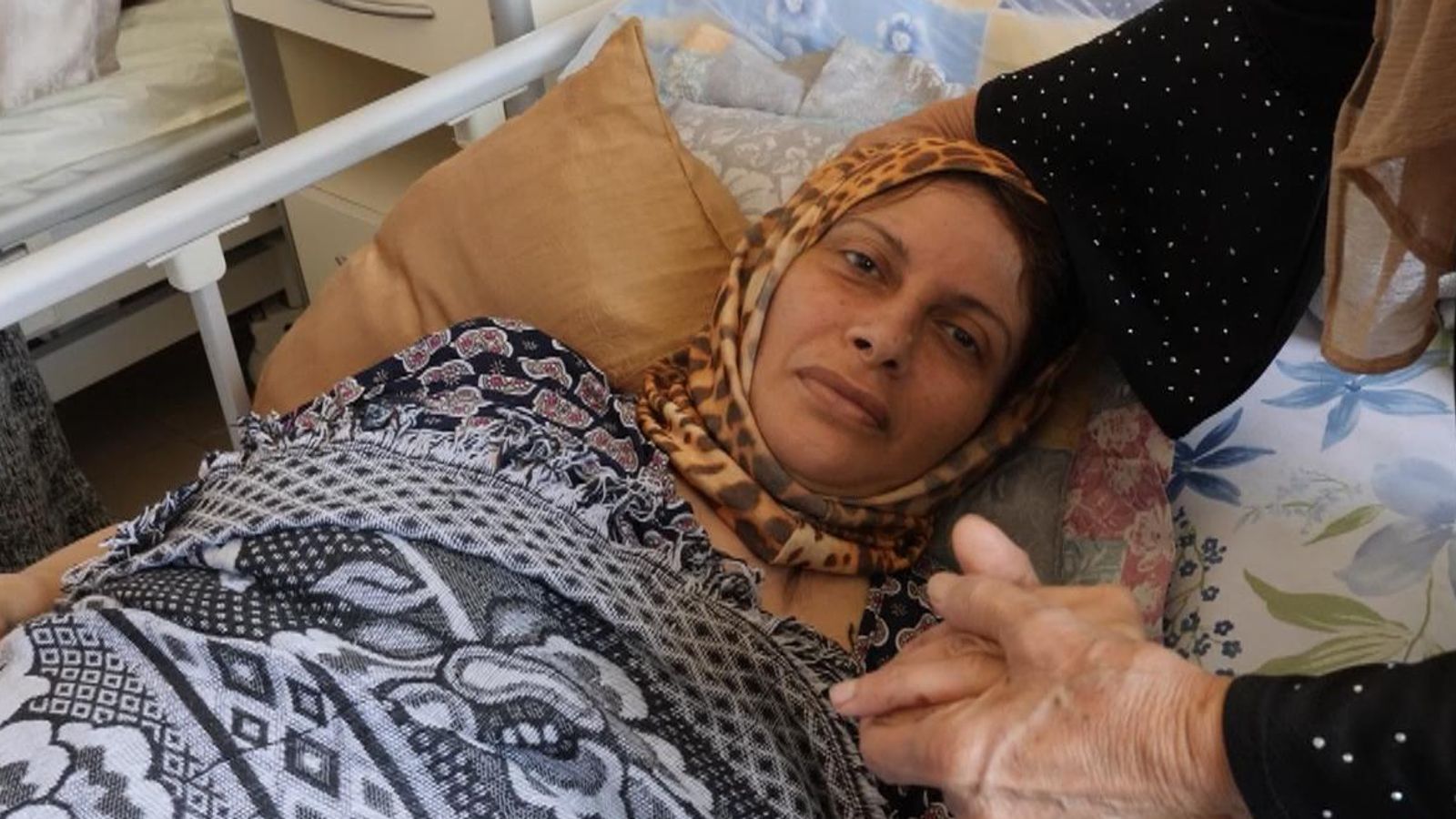 At 4pm last Friday, residents of an apartment building on Al-Shohada Street in Gaza were eating, sleeping or relaxing on their day off.

Then, the Israelis struck the complex from above.

Their target was man a called Tayseer al Jabari who was visiting relatives on the sixth floor.

He was a senior commander in the Palestinian militant group Islamic Jihad, the second largest such organisation on the Gaza Strip.

Al Jabari was killed in the attack.

But the military commander wasn’t the only person in the building. There are multiple flats in this 14-storey structure, including one belonging to the Abu Ramadan family. They lived directly below.

We saw the remains of their apartment. The twisted frame of their front door had just about held its position but the rest had been completely destroyed.

The living room sofa was torn and covered in lumps of concrete and there were great holes in the ceiling, where the neighbours’ flat had fallen into the Abu Ramadans’.

We found members of the Palestinian family in Gaza City’s Al Shafa hospital. Neveen Abu Ramadan, 50, was lying in a bed, her body laced with multiple shrapnel wounds.

The doctors are particularly worried about her left leg.

Her mother, Rabab, lifted a sheet and showed us Neveen’s swollen limb, discoloured in varying shades of purple and blue. Medics think they will probably need to amputate it.

I asked Neveen how she was feeling. “It is a tragedy,” she said. “I am still asking myself why I am alive. I just don’t believe it. I am still in shock, you know we are civilians.”

Grandmother Rabab decided to tell us the story.

“She and her husband were sleeping on their (fronts) in the afternoon, with two daughters and two sons in the room. They heard the ceiling, broken on their backs and her back is injured.”

“The ceiling came in on them?” I said.

One of Neveen’s daughters, 29-year-old Islam, was being operated on while we were there.

She has suffered from internal bleeding and the doctors at Al Shafa hospital are trying to remove blood clots that have formed in her body.

The aftermath of this attack was caught by a local camera operator. In his pictures, we see residents congregating outside the entrance. Some are carried – others walk out on their own – but everyone looks traumatised and covered in dust.

The Israelis say they do everything they can to avoid civilian casualties but that is not a realistic proposition when they take aim at buildings like the Palestinian apartment block.

More than 350 others were injured. A ceasefire agreement, negotiated by the Egyptians, seems to be holding and something like normality has crept back into the Gaza Strip.

But life will never be the same for the Abu Ramadans, who had managed to live peacefully in the Palestinian territory for the previous 29 years.