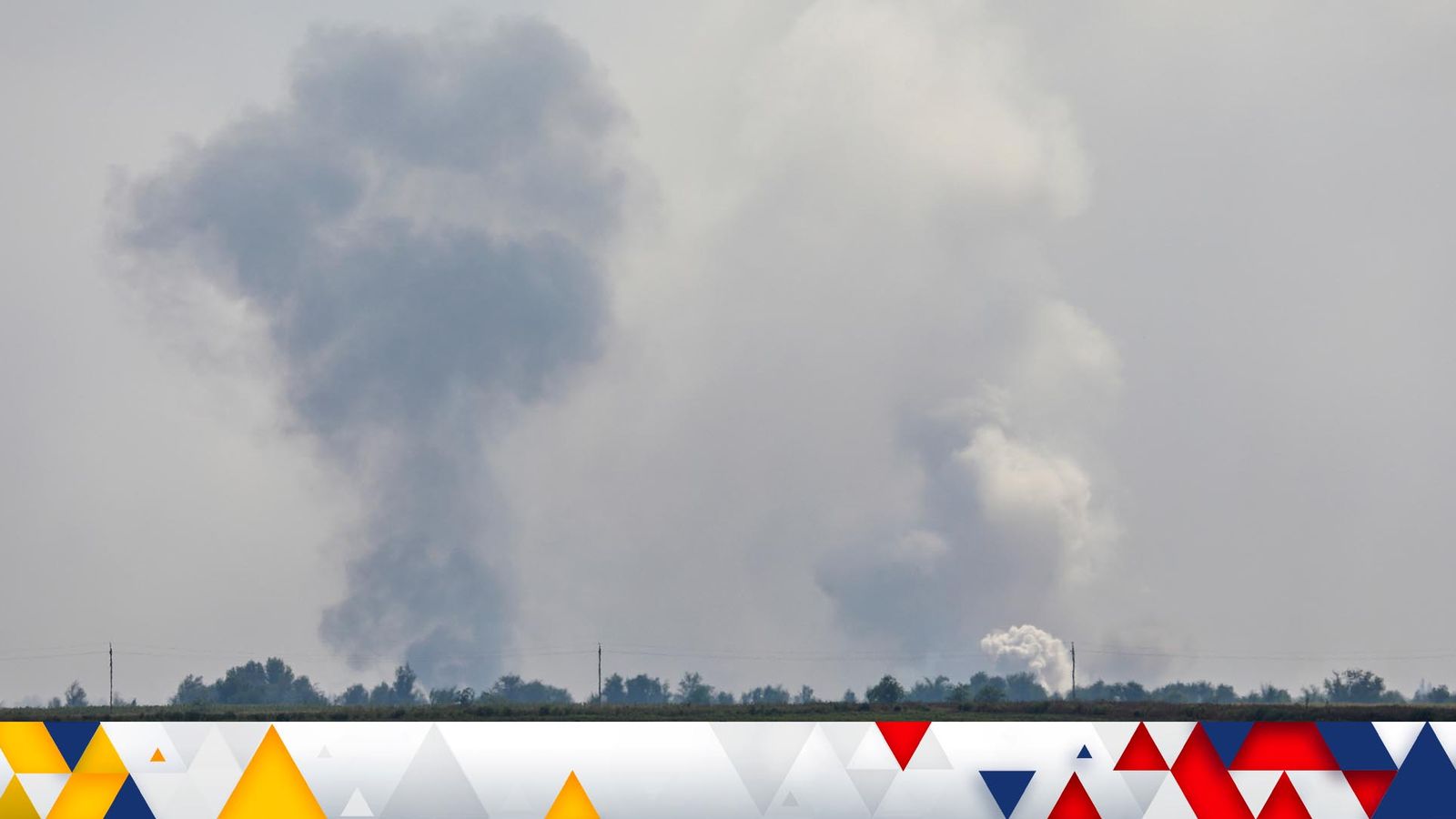 Ukrainian special forces operating inside Russian-occupied Crimea were behind an attack on a military base there, Sky News understands.

Russia’s defence ministry said that a fire broke out after several explosions at a temporary ammunition storage facility in the Dzhankoi area of north Crimea at around 4.15am BST (6.15am local time).

Pictures show fire and smoke shooting into the sky above the weapon store near the village of Maiske in the early hours of Tuesday.

Sky News understands that the strikes were the work of Ukrainian special forces operating inside the territory, which was annexed by Russia in 2014.

It comes after Russia accused Ukrainian “saboteurs” of carrying out the attack.

Sky News correspondent in Odesa, Alistair Bunkall, said: “I think what is clear is there is at least one – if not two – Ukrainian special forces groups operating with Ukraine sympathisers in Crimea to disrupt Russian operations.”

Russian state media reported that two people were injured as a result of the blasts to the north of the peninsula and that trains were also disrupted.

Some 3,000 people living nearby were evacuated from their homes, Sergei Aksyonov, Russia’s top official in Crimea added.

Meanwhile, in Ukraine, President Volodymyr Zelenskyy is calling on international leaders to push Russian forces out of the Zaporizhzhia nuclear power plant, where he says the Kremlin is engaging in nuclear terrorism.

Ukraine War: ‘Mass burial site containing 440 graves’ found in Izyum
Elton in tears as Biden surprises him with medal at White House gig
Liz Truss is prepared to go against voters’ views on tax – but her plans carry huge economic and political risk | Beth Rigby
Apple Watch Ultra is worth $799 for serious athletes, but an unnecessary splurge for the rest of us
World leaders assemble for Queen’s funeral