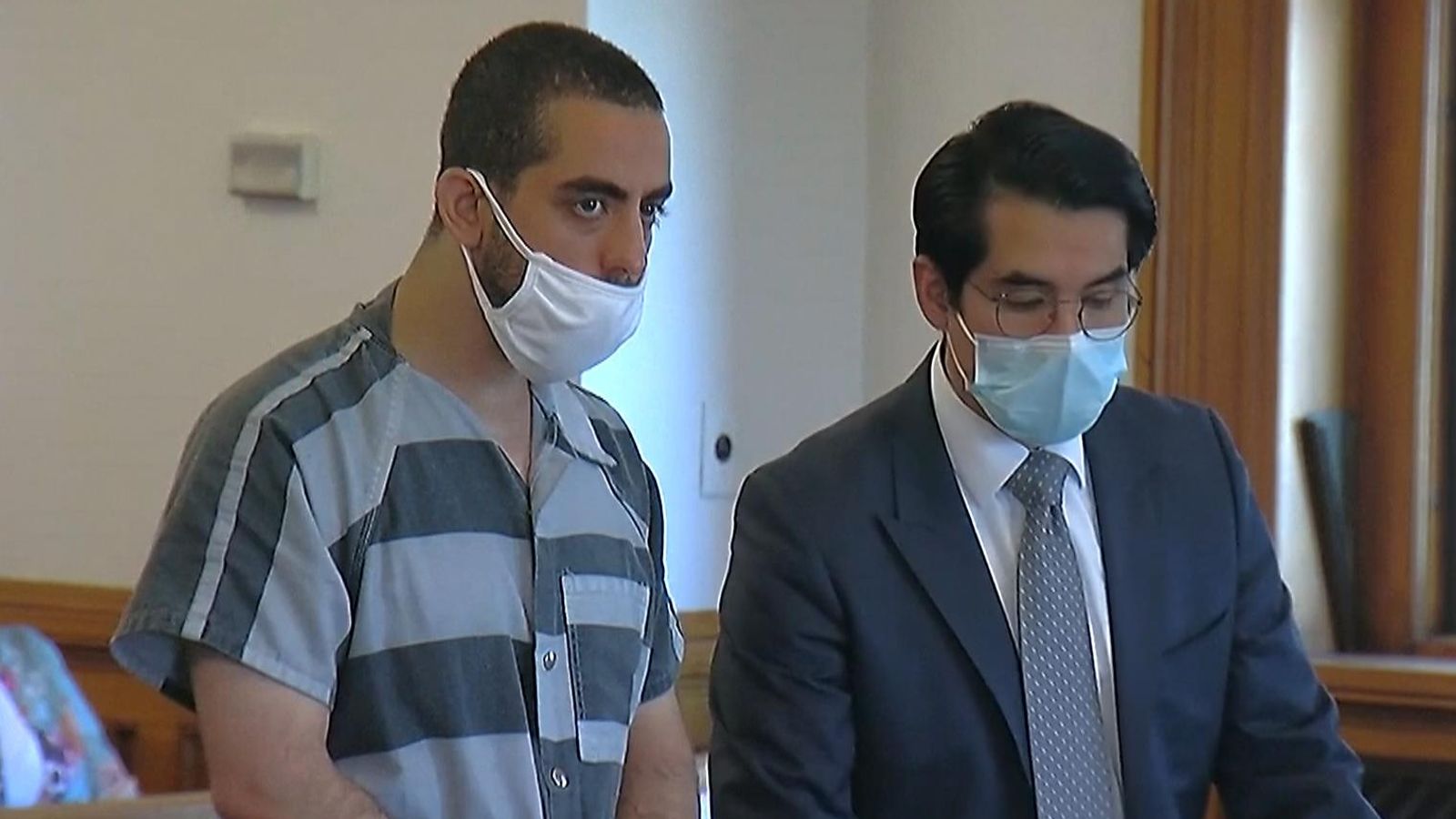 The man accused of stabbing Sir Salman Rushdie on stage last week has pleaded not guilty to attempted murder and assault charges.

Hadi Matar, 24, was held without bail during a court hearing in New York state on Thursday.

Sir Salman was stabbed around 12 times, including in the face and neck, last Friday as he was about to deliver a lecture near Lake Erie.

The British-Indian author suffered severe and “life-changing” injuries in the attack in New York state, his family said.

However, the 75-year-old is on the way to recovery, according to a medical update given by his agent days ago.

He wore a grey-striped jumpsuit, a white COVID-19 face mask and his hands were shackled.

His next court appearance was scheduled for 22 September.

Writers and politicians around the world decried the stabbing as an attack on freedom of expression.

Sir Salman’s book The Satanic Verses was banned in 1988 in a number of countries with large Muslim populations, including Iran, after it was considered by some to contain blasphemous passages.

In 1989, Iran’s then leader Ayatollah Ruhollah Khomeini issued a fatwa calling for the author’s death.

A semi-official Iranian foundation posted a bounty of more than $3m (£2.5m).

Explainer: Why is Salman Rushdie so controversial?

In an interview published by the New York Post on Wednesday, Matar said he respected Khomeini but did not say he was inspired by the fatwa.

He also said he was “surprised” when he heard Sir Salman had “survived” the attack.

Matar also said he had “read a couple of pages” of “The Satanic Verses” and watched YouTube videos of the author.

“He’s someone who attacked Islam, he attacked their beliefs, the belief systems.”

Iran’s foreign ministry said on Monday that Tehran should not be accused of being involved in the attack.

Matar, who is a Shi’ite Muslim who was born in California to a family from Lebanon, is believed to have acted alone, police have said.

Prosecutors say he travelled to the Chautauqua Institution, a retreat about 12 miles (19 km) from Lake Erie, where he bought a pass to Sir Salman’s lecture.

Read more:
‘A man with a pen will not be silenced by a man with a knife’, says New York governor
Sir Salman Rushdie brought stabbing attack on himself, says Iranian foreign ministry

Witnesses said there were no obvious security checks at the lecture venue and that Matar did not speak as he allegedly attacked the author.

He was arrested at the scene by a New York State Police trooper after being wrestled to the ground by audience members.

Sir Salman sustained severe injuries in the attack, including nerve damage in his arm, wounds to his liver, and the likely loss of an eye, his agent said.

Truss promises UK will not ration energy – but says higher bills are worth it to stand up to Russia
Fraudster ‘made $1m by impersonating Hollywood bosses’
At least nine dead as protests continue over Mahsa Amini’s death at hands of Iran’s morality police
Officials from 18 Russian districts call for Putin to resign
NBArank 25-11: These stars are knocking on the top 10 door