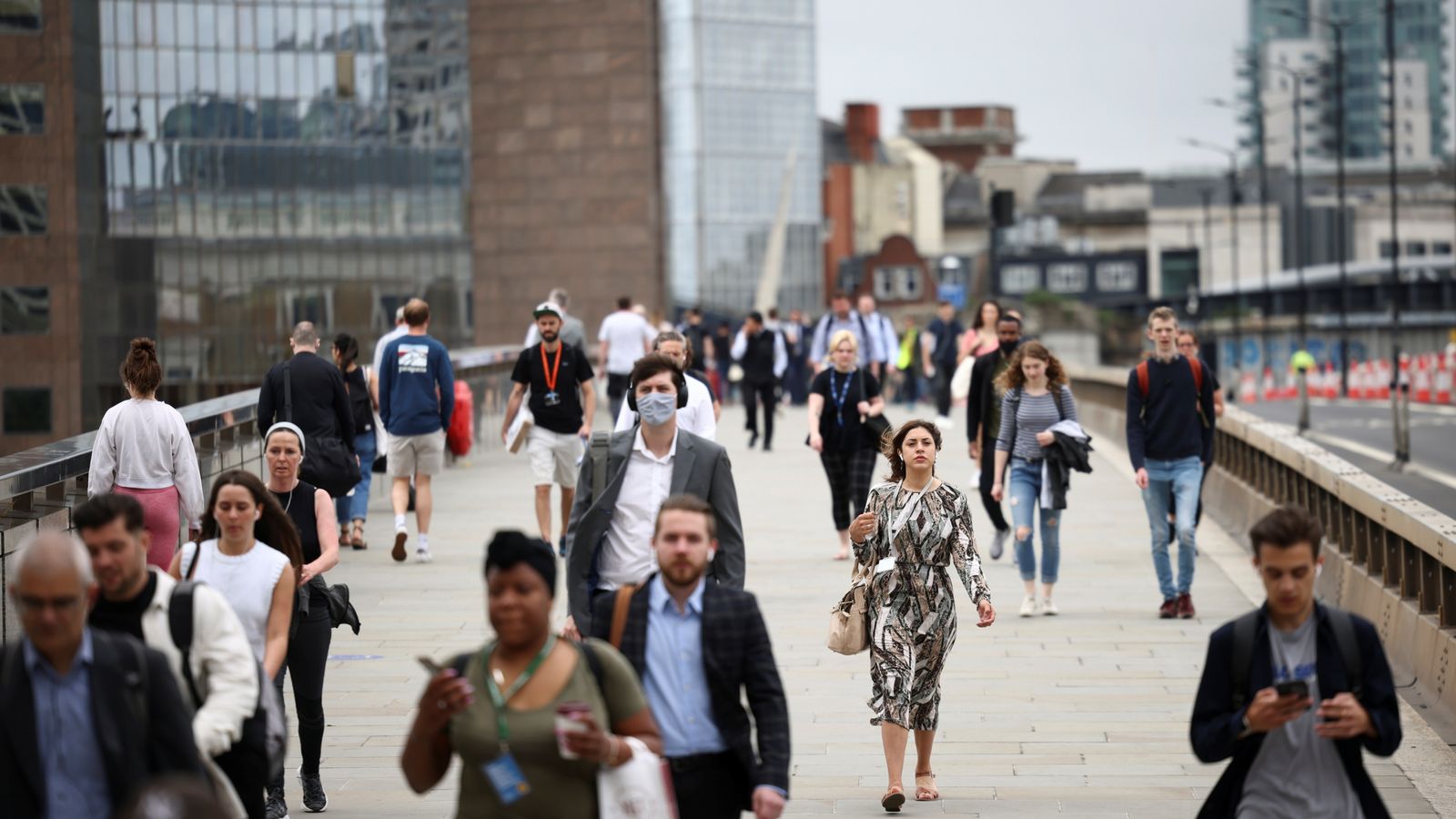 The UK economy grew by just 0.2% in July, according to the Office for National Statistics.

The figure was below the 0.4% growth expected by economists, and follows a fall of 0.6% in June.

While this means it is 1.1% above pre-coronavirus levels, GDP was still flat in the three months to July compared with the previous three months.

The main factor in July’s figure was the 0.4% growth seen in the services sector, which followed a 0.5% drop between May and June.

Yael Selfin, chief economist at KPMG UK, said: “The feeble 0.2% bounce back in July was driven by weak GDP in June due in part to the loss of working days from the Jubilee long weekend.

“More concerning, July’s GDP remains below the level seen in May, pointing to an overall contraction over the first two months of summer.

“This ties into a downbeat outlook for the UK economy which could see another shallow recession from the end of this year, driven by the ongoing squeeze on households’ income and a rising cost burden for businesses.

“While nearly £170bn worth of fiscal measures announced last week may be sufficient to avoid a deeper economic slump, these will be partly offset by tighter Bank of England monetary policy focussed on combating the high levels of inflation.”

Read more:
Food prices in August rose at the fastest rate since 2008
UK to enter recession this year, British Chamber of Commerce says

It comes a month after the Bank of England forecast that the UK would slip into a recession at the end of this year, which would last until early 2024, mainly due to the increasingly high cost of living.

Last week, Prime Minister Liz Truss announced a massive handout to help people cope with rapidly-growing energy prices, which could ease inflation slightly, but will come at a cost estimated to be at least £100bn.

Queen’s funeral could result in 0.2% hi to September GDP

Samuel Tombs, chief UK economist at Pantheon Macroeconomics, said July’s GDP was only 0.04% higher than April’s, which was the last month to be unaffected by the Queen’s Jubilee.

The Queen’s funeral could result in a 0.2% hit to September’s GDP, he added.

“Looking ahead, the extra public holiday for the Queen’s funeral on 19 September has the potential to be more damaging for the economy than the extra day off for the Jubilee in June, as the hospitality and tourism sector likely won’t benefit, but many businesses still will shut.”

“The main threat to the economic outlook now comes from an excessive tightening of monetary policy, but we think that the (Bank of England’s monetary policy committee) will see sense soon, as labour market slack builds and the run rate of core price rises slows, as suggested by leading indicators.

“Accordingly, we continue to think that a recession will be narrowly avoided over the coming quarters.”

PwC economist Jake Finney said that he expected the UK to enter a technical recession for the first time since lockdown restrictions ended, forecasting that the UK economy will contract in the third quarter of this year, following its 0.1% contraction in the second quarter.

Regarding July’s growth, he said: “Looking beneath the headlines, it’s clear this positive growth rate was primarily led by the performance of the services sector.

“Two of the other main engines of economic growth – production and construction – contracted in July.”

How to get the most out of Apple’s new AirPods
New law in California stops rap lyrics from being used as evidence in court
Hundreds arrested in a dozen cities across Russia as protests over mobilisation continue
Drivers missing out on 10p cut in petrol prices, says RAC
The Queen’s funeral plans