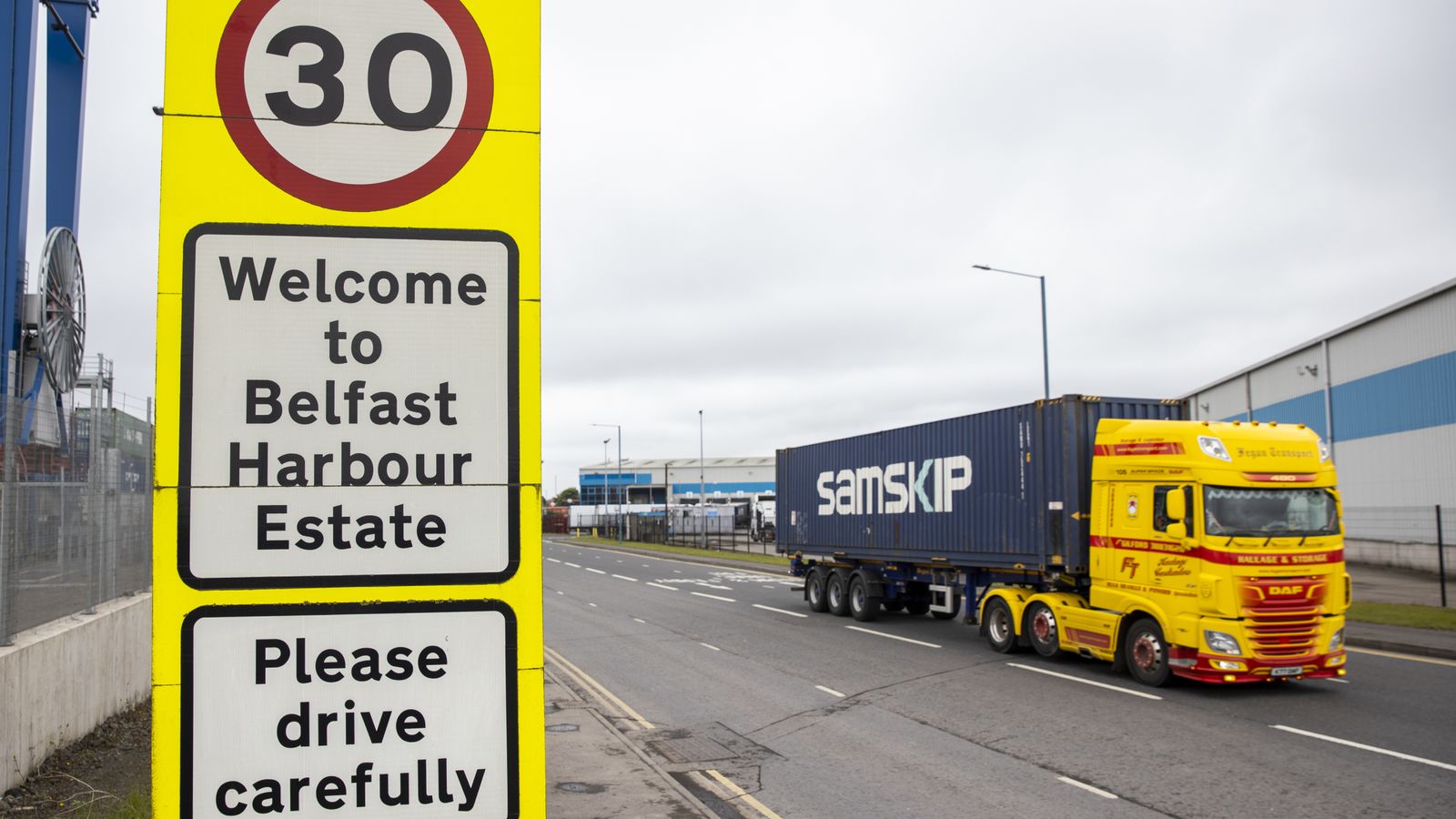 Irish foreign minister Simon Coveney has expressed “cautious optimism” talks between the UK and Brussels to resolve the dispute over post-Brexit arrangements in Northern Ireland will restart within weeks.

Private conversations he and the country’s prime minister Micheal Martin had had with Liz Truss’s recently installed administration indicated there was an opportunity for a “new and perhaps more real round of dialogue”.

However, Mr Coveney stressed it would require compromise on both sides.

Ms Truss has said her preference is to find a negotiated settlement but only if it matched the unilateral action already underway aimed at resolving issues over the Northern Ireland Protocol.

The deal agreed by the UK and EU as a way to avoid a hard Irish land border created economic barriers to the movement of goods between Great Britain and Northern Ireland, causing resentment and anger among many unionists and loyalists.

The row has created an impasse in efforts to form a devolved government administration in Belfast.

The Northern Ireland Protocol Bill would override parts of the agreement and introduce separate “green” and “red” lanes for goods travelling between Great Britain and Northern Ireland, drawing a line between those destined to stay within the UK and those heading to the Republic of Ireland and beyond.

Mr Johnson had argued the legislation was necessary to safeguard peace and stability in Northern Ireland.

But critics warned it would be an “unacceptable breach” of international law and fuel distrust of Britain.

He told the Irish broadcaster RTE: “I have to say I have some cautious optimism that we will see in a few weeks’ time the opening of an honest effort to try to settle some of these issues that have been outstanding for far too long.

“But we are very clear, both the Irish government and the EU, are very clear that that does require compromise on the UK side as well as the EU side.”

EU financial services commissioner Mairead McGuinness, Ireland’s representative on the bloc’s executive, also told RTE that her expectation was that both sides would get back around the table in the coming weeks.

Ms Truss and European Commission president Ursula von der Leyen are expected to discuss the protocol when they both attend the United Nations General Assembly in New York next week.

The prime minister is also due to meet her Irish counterpart and US president Joe Biden when world leaders descend on Britain for the Queen’s funeral.

It follows reports the UK had told Brussels it would continue to pause border checks on goods between Great Britain and Northern Ireland, despite legal action being taken by the bloc.

The European Commission launched its infringement procedures back in June and July, accusing the UK of failing to comply with the protocol.

But as the deadline was reached to respond to the move, ministers are understood to have told the EU they will continue with the grace periods on checks they currently have in place – meaning it is not forcing retailers and exporters to adhere to all the checks agreed in the protocol.

Truss to close Tory conference by defending ‘new approach’ – after turbulent gathering
After only 28 days, Truss has had the worst possible start – can she win back control? | Beth Rigby
Pro-Russian groups are raising funds in crypto to prop up military operations and evade U.S. sanctions
Fuel prices could rise again as oil-producing states ponder output cut
Spain says Nord Stream gas leaks likely a deliberate act — and points the finger at Russia