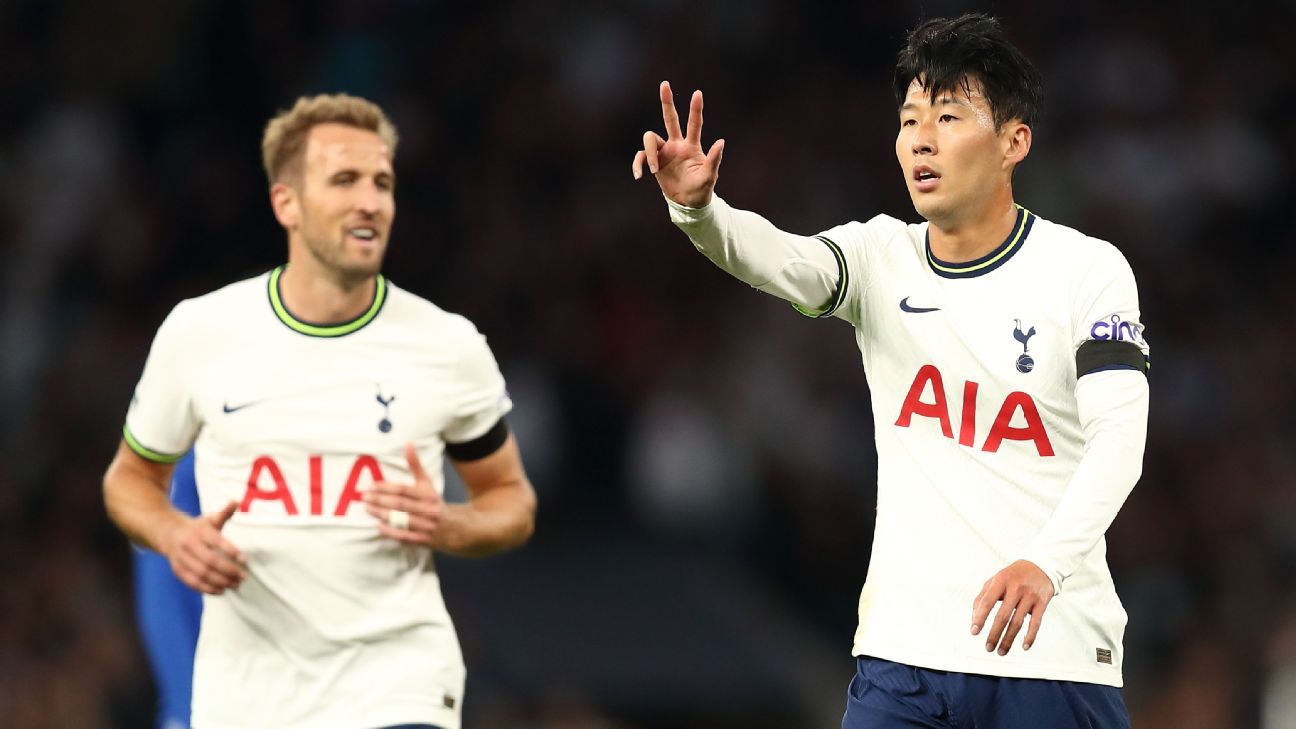 Son Heung-Min came off the bench and scored a quick-fire hat trick as Tottenham Hotspur rallied to a dominant 6-2 victory over bottom-place Leicester City in the Premier League on Saturday.

The South Korean, the Premier League’s joint-top scorer last season, had not scored in Tottenham’s first eight games and had lost his place to Dejan Kulusevski.

But he responded in emphatic fashion to steal the limelight, curling an unstoppable right-footer into the top corner, then a left-footer into the other side and completed his hat trick with a goal initially ruled out for offside.

Son’s relief was palpable as he walked off with the match ball as the ecstatic home fans sang his name.

“I have been disappointed, the team has been doing really, really good but I was disappointed with my performance,” Son said. “I knew goals were coming and I wasn’t worried. I’ve always had great supporters, team mates and coaches behind me.”

Victory lifted Tottenham level on 17 points with champions Manchester City although Arsenal can regain top spot if they beat Brentford away on Sunday.

Leicester remain bottom with one point from seven games and the pressure building on manager Brendan Rodgers.

Leicester opened the scoring through a Youri Tielemans penalty, but Spurs struck back shortly after through a back-post header from Harry Kane.

Spurs defender Eric Dier sent Spurs ahead with a header from a corner, but Leicester’s James Maddison fired back with a superb finish from just inside the 18-yard box as he floated the ball over goalkeeper Hugo Lloris.

Brenden Rodgers must have hoped at half-time that his Leicester side would go on to pick up their first Premier League win of the season, but an error from midfielder Wilfred Ndidi allowed Spurs midfielder Rodrigo Bentancur to run through on goal and slot home.

But it was Son who went on to steal the show.

He replaced Richarlison in the 59th minute and 14 minutes later he cut on to his right foot and sent a shot screaming past Danny Ward to spark wild celebrations.

He was not finished though. This time he was picked out by Kane and Son had only one thing on his mind as he stepped inside and curled a shot past Ward from outside the area.

With Leicester falling apart he was then played in by Pierre-Emile Hojbjerg‘s through ball and beat Ward.

There was an anxious wait for a VAR check and a huge roar when the original offside decision was overturned.

Tottenham are now unbeaten in 13 Premier League games and will head into the international break on a high.

Information from Reuters was used in this report.