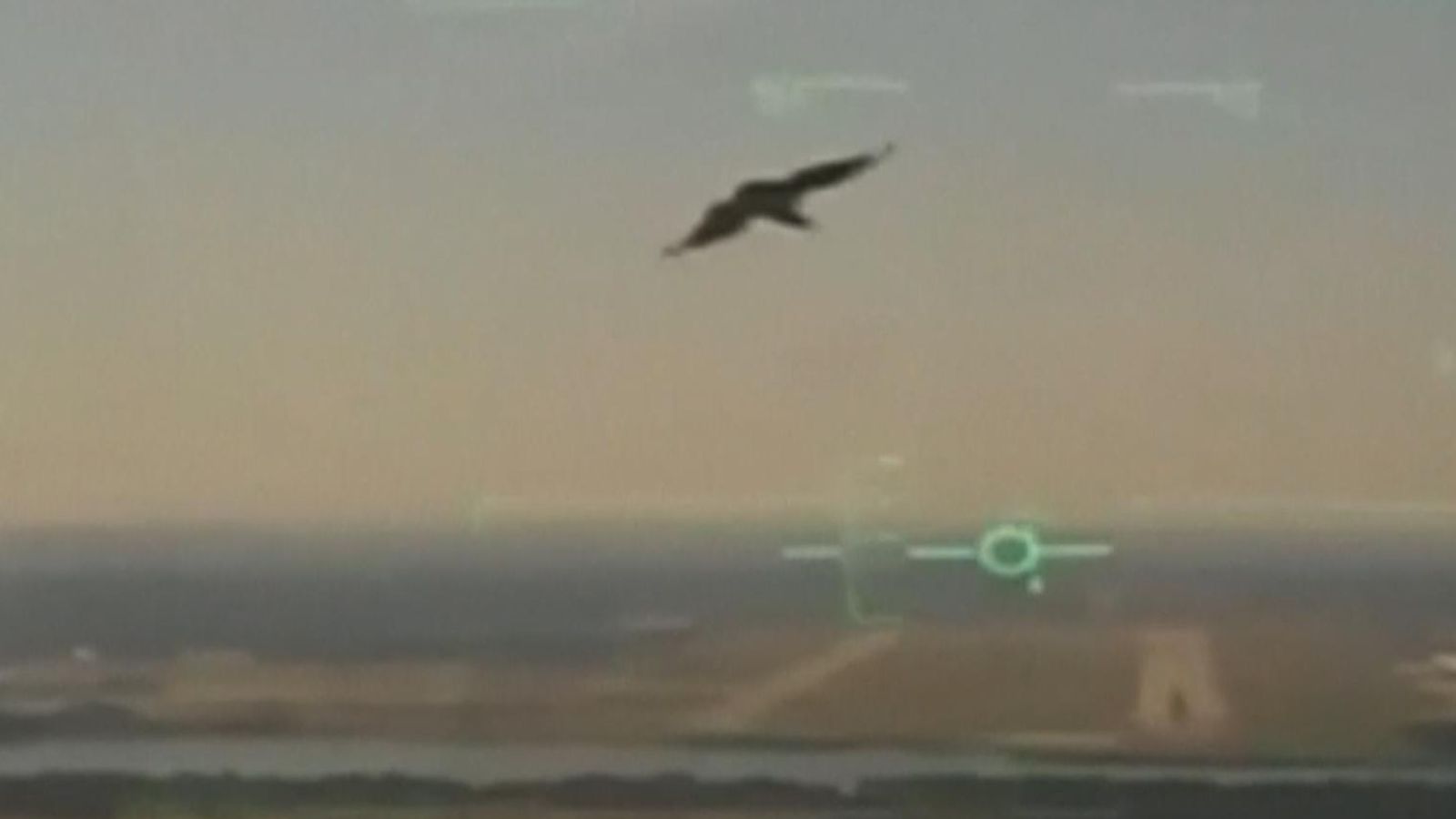 Dramatic cockpit video shows a military jet striking a vulture moments before it plummets to the ground in Texas.

The newly released clip shows the large bird flying into the Navy T-45C Goshawk and being ingested into one of its engines during an incident in September last year.

Sirens blare and in less than 30 seconds the jet drops out of the sky, crashing into houses and bursting into flames.

“We are trying to make it to the runway,” a pilot’s voice says over the radio.

“Yeah, we’re not gonna make it. We’re gonna eject,” the pilot said seconds later as the plane rapidly descended toward the Lake Worth neighbourhood below.

Both pilots, who were on a training exercise, managed to eject from the plane seconds before it crashed.

One pilot was found badly burned in some power lines with his parachute, the other was found not far away.

Three homes were damaged, but luckily no one on the ground was seriously injured.

Facebook scrambles to escape stock’s death spiral as users flee, sales drop
Facebook is selling new types of ads on Instagram and Messenger as revenue declines
The Queen’s funeral plans
This startup is partnering with Sunrun to recycle and re-use millions of outdated solar panels
Allmendinger edges out Mayer to win Talladega