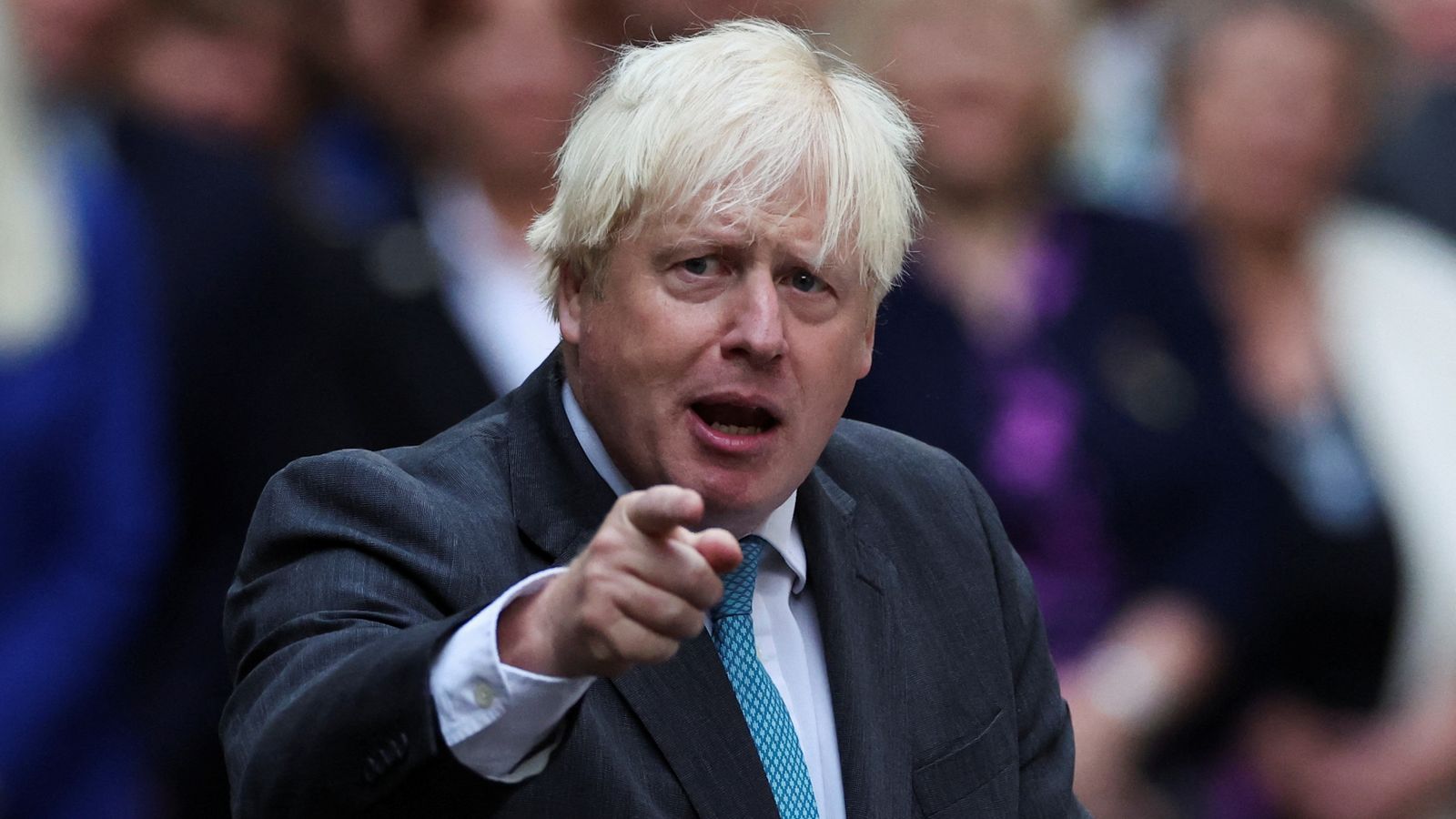 For a man who was, until recently, thousands of miles away on a Caribbean island (and has yet to put his hat in the ring) it is extraordinary that Boris Johnson’s name has dominated this leadership race.

Such is the strength of feeling around the former PM: love him or loathe him, we can’t stop talking about him.

A flash of blonde, in a blurry photo taken at the back of a plane, and suddenly the prospect of a new Johnson era became very real.

‘Difficult to see’ how Johnson could be PM – politics latest

But it is easy to get carried away.

The threshold of 100 MPs is high, and there is no clear path for the former prime minister.

Mr Johnson “never really had more than about 60/65 core loyal supporters”, according to his former director of communications, Will Walden.

He says the challenge for the former prime minister will be “generating enough momentum” to see ambitious MPs row in behind him.

Mr Johnson’s allies certainly believe he can do it; if he passes the first hurdle, he is the likely favourite among the membership.

However, Team Sunak is still hoping for a coronation on Monday.

The former chancellor is way ahead and has already made the ballot, according to Sky analysis.

Backing today from Lord Frost, who previously supported Liz Truss and was a close ally of Mr Johnson’s, is a big boost.

Lord Frost, the former Brexit negotiator, has sway on the right of the party and could swing key votes Mr Johnson needs if he is to get on the ballot.

And what of talk of a gentleman’s agreement between Boris Johnson and Rishi Sunak?

From the conversations I’ve had, it seems unlikely. I understand there has been no conversation between the two men.

One Sunak backer said any deal would be “nonsense” and allies of both have said neither would settle for anything but the top job.

Let’s not forget, as things stand, there is only one candidate officially in the race: Penny Mordaunt.

In summer she secured 105 votes in the last round and a similar victory this time would see her on the ballot.

Her backers say things can change quickly, but at the moment she is a long way off, leaving many pondering the prospect of Boris v Rishi.

It is an extraordinary thought: the former prime minister against the former chancellor who set in motion his downfall.

One MP told me he feels “sick” by the thought the former prime minister could come back, and another texted: “Anyone but Rishi.”

What’s clear is that there is no obvious unity candidate, and no way of knowing for sure what the next few days will hold.

Watch Tesla Semi do something Bill Gates said wasn’t possible
Ukraine war will be at ‘reduced tempo for months’, US intelligence says
Hear the promises Stewart Rhodes made to his lawyers before Oath Keepers trial
King asks parliament to appoint new deputies in place of Andrew and Harry
Amazon media chief Jeff Blackburn retires from the company for the second time