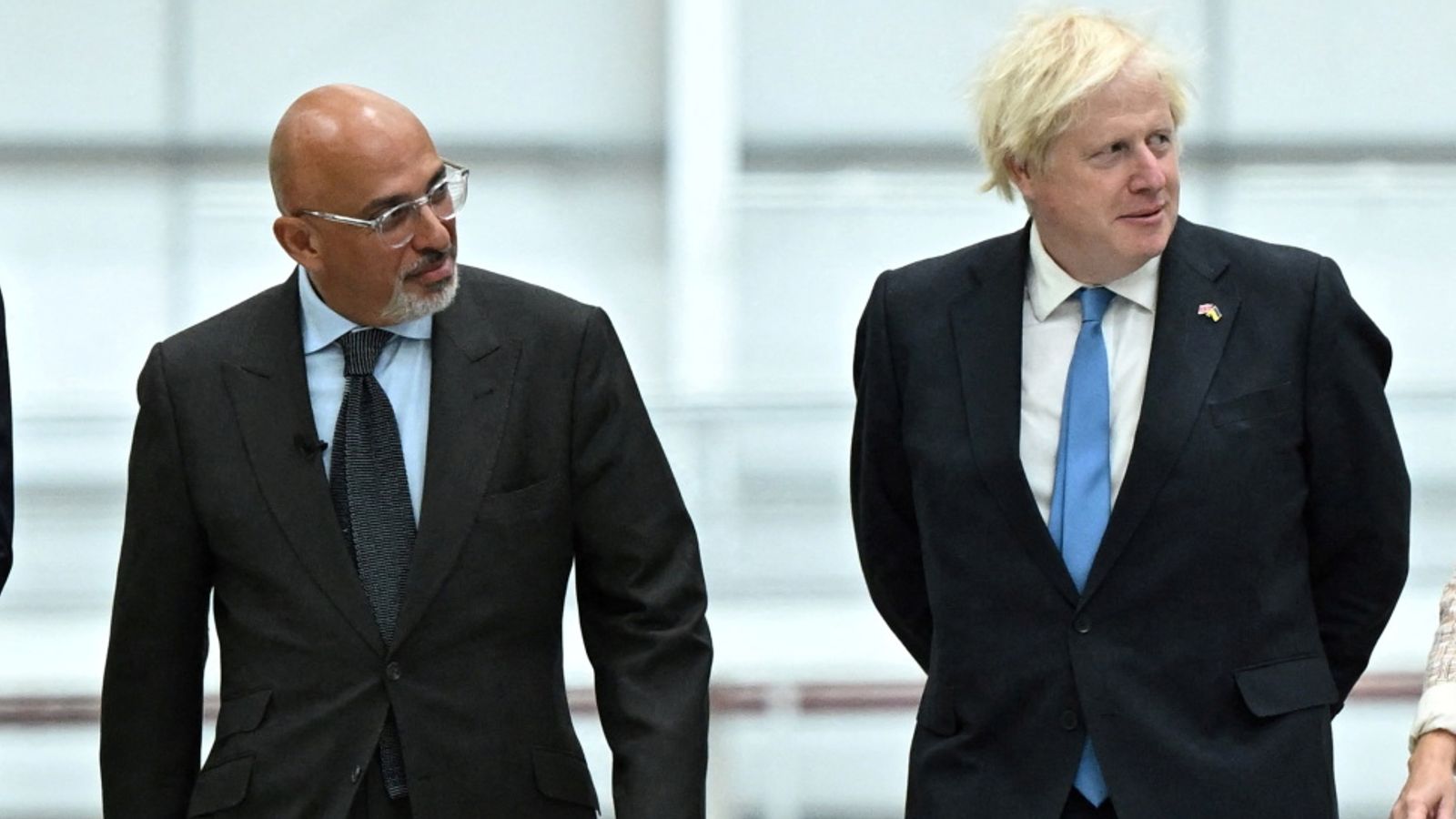 Former chancellor Nadhim Zahawi has said he is backing Boris Johnson to return as prime minister despite having previously called for him to resign in the summer.

“I’m backing Boris. He got the big calls right, whether it was ordering more vaccines ahead of more waves of Covid, arming Ukraine early against the advice of some, or stepping down for the sake of unity,” Mr Zahawi tweeted. “But now, Britain needs him back. We need to unite to deliver on our manifesto.”

He added: “When I was chancellor, I saw a preview of what Boris 2.0 would look like. He was contrite & honest about his mistakes. He’d learned from those mistakes how he could run No10 & the country better. With a unified team behind him, he is the one to lead us to victory & prosperity.”

But less than two days after Mr Johnson made Mr Zahawi his chancellor, he called on the prime minister to resign, telling him: “Prime Minister: this is not sustainable and it will only get worse: for you, for the Conservative party and most importantly of all the country. You must do the right thing and go now.”

Mr Zahawi joins a list of MPs who appear to have changed their mind on Mr Johnson since his resignation.

Priti Patel, the former home secretary, has said she will back him, but in July Ms Patel told Mr Johnson he had lost the support of the Tory party and should not go on.

Chris Heaton-Harris, the Northern Ireland secretary, who has tweeted his support for Mr Johnson, is also reported to have been present at the meeting.

Simon Clarke, the levelling up secretary, also declared he wants Mr Johnson to replace Ms Truss, despite previously saying his resignation as prime minister was the “right decision”.

Penny Mordaunt, the leader of the Commons, formally announced her bid on Friday afternoon.

Amanda Milling, MP for Cannock Chase, also tweeted her support for Mr Johnson, saying he has a “proven track record of delivery for the British people”. But when he resigned Ms Milling said it was the right move “as the damage to our party and country was getting too much”.

Similarly, Shaun Bailey, MP for West Bromwich West, tweeted it was “time to #BringBackBoris”, but had said he could no longer support him when he was prime minister and called for “fresh leadership”.

Anthony Higginbotham has also come out for Mr Johnson, but had previously urged him to resign, saying: “Loyalty matters. But as the Member of Parliament for Burnley my first loyalty is, and always will be, to the public. It’s for that reason that I can no longer in good conscience continue supporting the current leader of my party.”

John Whittingdale, MP for Maldon, who has indicated he would back Mr Johnson, previously said there was “absolutely no alternative” to him resigning as prime minister and said it was clear he “simply couldn’t continue”.

Jonathan Gullis, who resigned his role as parliamentary private secretary to the Northern Ireland secretary, has also indicated he will support Mr Johnson. The MP for Stoke-on-Trent North reportedly said he had lots of people from across his constituency telling him to “bring back Boris”.

Karl McCartney, the MP for Lincoln, backed Mr Johnson’s return but before his resignation said: “It has become clear to the prime minister, Boris Johnson MP, that he no longer has the confidence of a growing number of his colleagues in the Conservative Parliamentary Party.

“Therefore, the time has come for the prime minister to take the decision to resign and allow the Conservative Party the opportunity to select and elect a new leader.”

Lee Anderson has also performed somewhat of an about-turn by saying he would back Mr Johnson in the leadership race. The MP for Ashfield previously withdrew his support for the prime minister and said “integrity should always come first and sadly this has not been the case over the past few days”.

Dr Caroline Johnson, MP for Sleaford, previously resigned as Tory party vice chair, saying Mr Johnson’s “errors of judgement and domestic actions” had “squandered the goodwill of the party”. At the time she said he would “only damage our party and therefore our country” if he stayed on as prime minister, but she has since said she is backing Mr Johnson’s return.

Though he is yet to formally declare he will run, Mr Johnson has the public support of several cabinet ministers and about 60 MPs.

Mr Johnson returned to the UK on Saturday morning from the Dominican Republic, where he was said to be “taking soundings” about a potential return to No 10 after Ms Truss’s dramatic resignation on Thursday.

He is likely to be opposed by his former chancellor Rishi Sunak, whose resignation was key in forcing Mr Johnson’s departure from Downing Street in the summer.

On Monday Tory MPs will vote on which two candidates should be put forward to the party membership. Candidates have until 2pm to secure 100 nominations.

The membership will then vote on who should become leader of the party and the prime minister, with the result announced on Friday.

GOP tension builds over McCarthy’s House Speaker race
Rail union urged not to ‘hold country to ransom’ and accept ‘generous’ pay offer
Number of landlords selling up rises by nearly 13% in four months
Shapps unveils compensation scheme for postmasters who helped expose Post Office scandal
Christopher Eccleston: ‘Patriarchy cocks everyone up… It did its damage to me too’