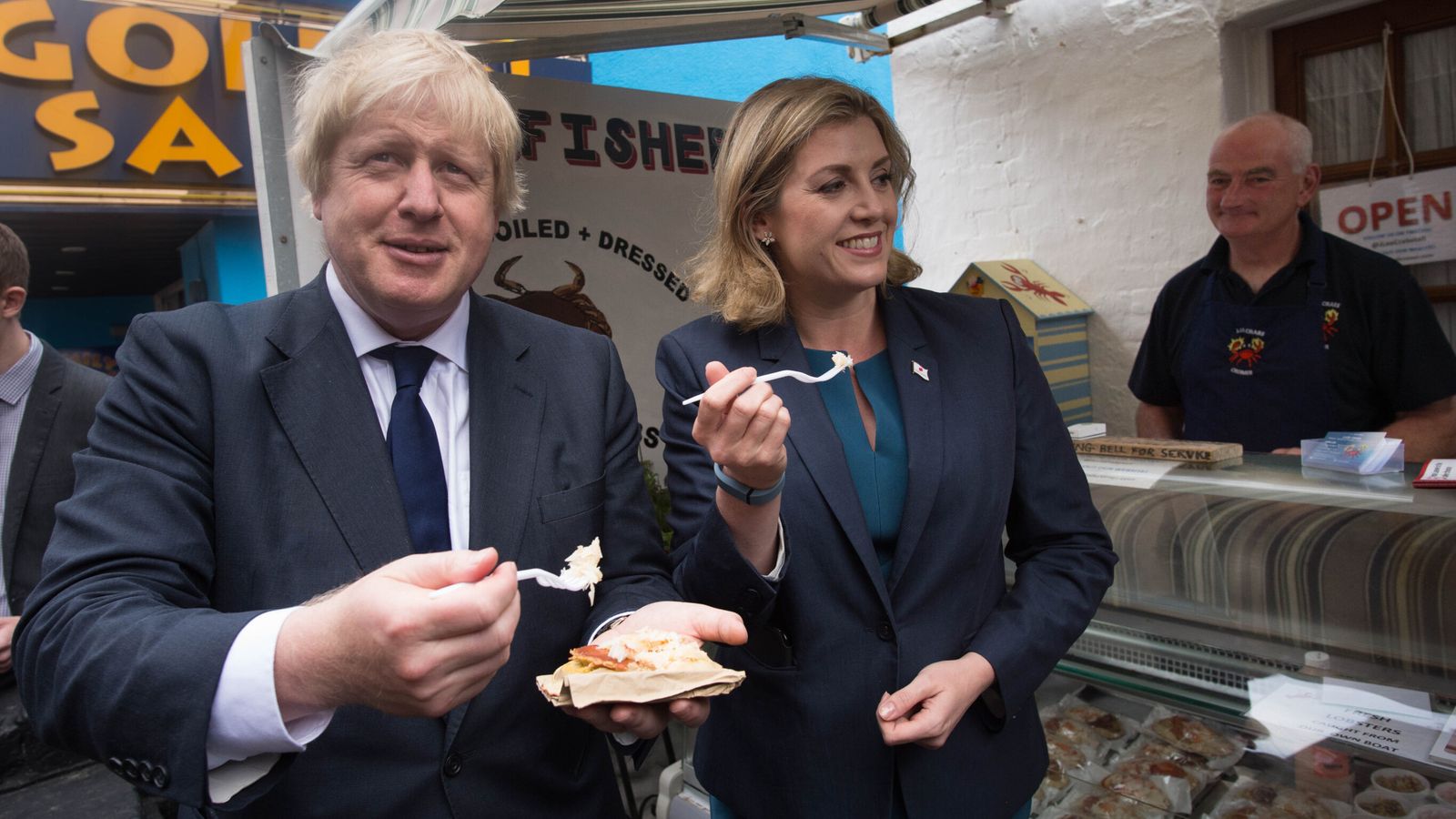 Penny Mordaunt has rejected a call by Boris Johnson to pull out of the Tory leadership race and back him, sources say, in another blow to his prospects of returning to Downing Street.

Sources close to the Commons leader told Sky News she had spoken to the former prime minister today.

Several long-time allies of Mr Johnson, including Suella Braverman and Steve Baker, threw their support behind Rishi Sunak, the frontrunner in the race, on Sunday.

Mr Baker, the former head of backbench Brexiteers, warned that a potential comeback by Mr Johnson, who was ousted by his colleagues in July, would be a “guaranteed disaster”.

Although Mr Johnson has not officially entered the race, his offer to Ms Mordaunt implies he may not have the backing of the 100 MPs he needs to go through to a vote by the party membership.

Ms Mordaunt chose to stick with her own campaign, and earlier insisted she was “in it to win it”.

However on Sunday, the former prime minister did gain the backing of foreign secretary James Cleverly and Nadhim Zahawi, the chancellor of the duchy of Lancaster.

So far, Mr Sunak has the backing of 143 supporters, followed by Mr Johnson on 59 and Ms Mordaunt on 24. The candidates must secure the backing of 100 MPs by 2pm tomorrow to go forward in the race.

Mr Sunak, who became the second candidate to officially enter the race on Sunday, had already reached the threshold before he made his announcement.

Read more:
Who are Tory MPs backing to be the next prime minister?
Boris Johnson reveals he will seek return to Number 10

In a statement, the former chancellor promised he would lead with “integrity, professionalism and accountability”.

Mr Johnson also held talks with Mr Sunak last night and were rumoured to have discussed a potential deal over the leadership – but the meeting appears to have come to nothing.

He returned to the UK on Saturday after breaking off a holiday in the Dominican Republic following Ms Truss’s dramatic resignation on Thursday.

If all three make it through the first stage, Tory MPs will vote on their favoured candidates. The two most popular will go forward to a vote by the party membership, unless MPs unite behind one candidate.

‘Couldn’t be more excited’: Elton John to headline Glastonbury in last UK gig of final tour
Grieving mother of boy who died after contracting Strep A describes his symptoms
Ask the Union Leaders: Business owners set to suffer as Royal Mail ‘will destroy the service’
Fourth child confirmed to have died from Strep A
Onshore windfarm ban to be lifted in government U-turn