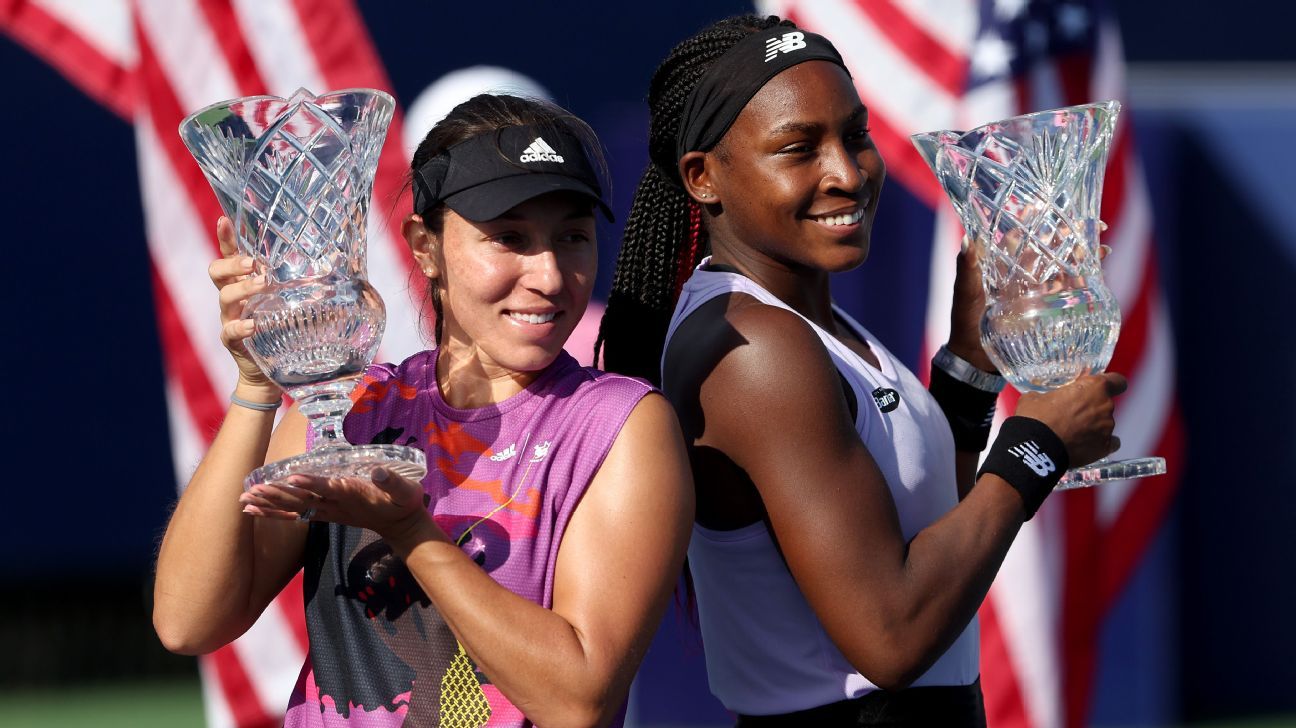 Jessica Pegula and Coco Gauff are the first pair of U.S. women both in the top four spots of the WTA rankings since sisters Serena and Venus Williams were up there a dozen years ago.

Pegula rose two places to a career-best No. 3 on Monday, a day after winning the biggest title of her career at the Guadalajara Open in Mexico.

Gauff, who lost in the quarterfinals at that tournament, moved up from No. 7 to No. 4.

The last time two Americans were that high in the women’s tennis rankings was the week of Oct. 18, 2010, when Serena Williams was No. 2 and Venus Williams was No. 4. Both of the siblings already had been No. 1 prior to that.

Pegula is a 28-year-old from New York; her parents own the NFL’s Buffalo Bills and NHL’s Buffalo Sabres. She reached the quarterfinals at three of this year’s four Grand Slam tournaments before losing to the eventual champion and No. 1 seed each time: Ash Barty at the Australian Open, and Iga Swiatek at the French Open and US Open.

Gauff is an 18-year-old from Florida who was the runner-up to Swiatek at Roland Garros and made it to the quarterfinals at the US Open.

The two of them are doubles partners and in the top four in that discipline, too: Gauff is ranked No. 2, Pegula No. 3.

Swiatek maintained her hold on No. 1 in the singles rankings Monday, followed by No. 2 Ons Jabeur, who was the runner-up at Wimbledon and the US Open.

In addition to that quartet atop the rankings, the other four women who qualified in singles for the WTA Finals, which are in Fort Worth, Texas, from Oct. 31 to Nov. 7 are Caroline Garcia, Aryna Sabalenka, Daria Kasatkina and Maria Sakkari.

There were no changes in the top eight places in the ATP men’s rankings, with Carlos Alcaraz retaining the No. 1 spot he earned by winning his first Grand Slam title at the US Open last month.

Felix Auger-Aliassime‘s title at Antwerp, Belgium, on Sunday — his second trophy in a row — allowed him to move up from No. 10 to No. 9, swapping places with Taylor Fritz.

Christmas travel warning as road workers to strike at same time as rail walkouts
Number of landlords selling up rises by nearly 13% in four months
Tech layoffs send visa holders on frantic search for employment to avoid deportation
Sam Bankman-Fried could face years in prison over FTX’s $32 billion meltdown — if the U.S. ever gets around to arresting him
Fans on who could win Wales v England