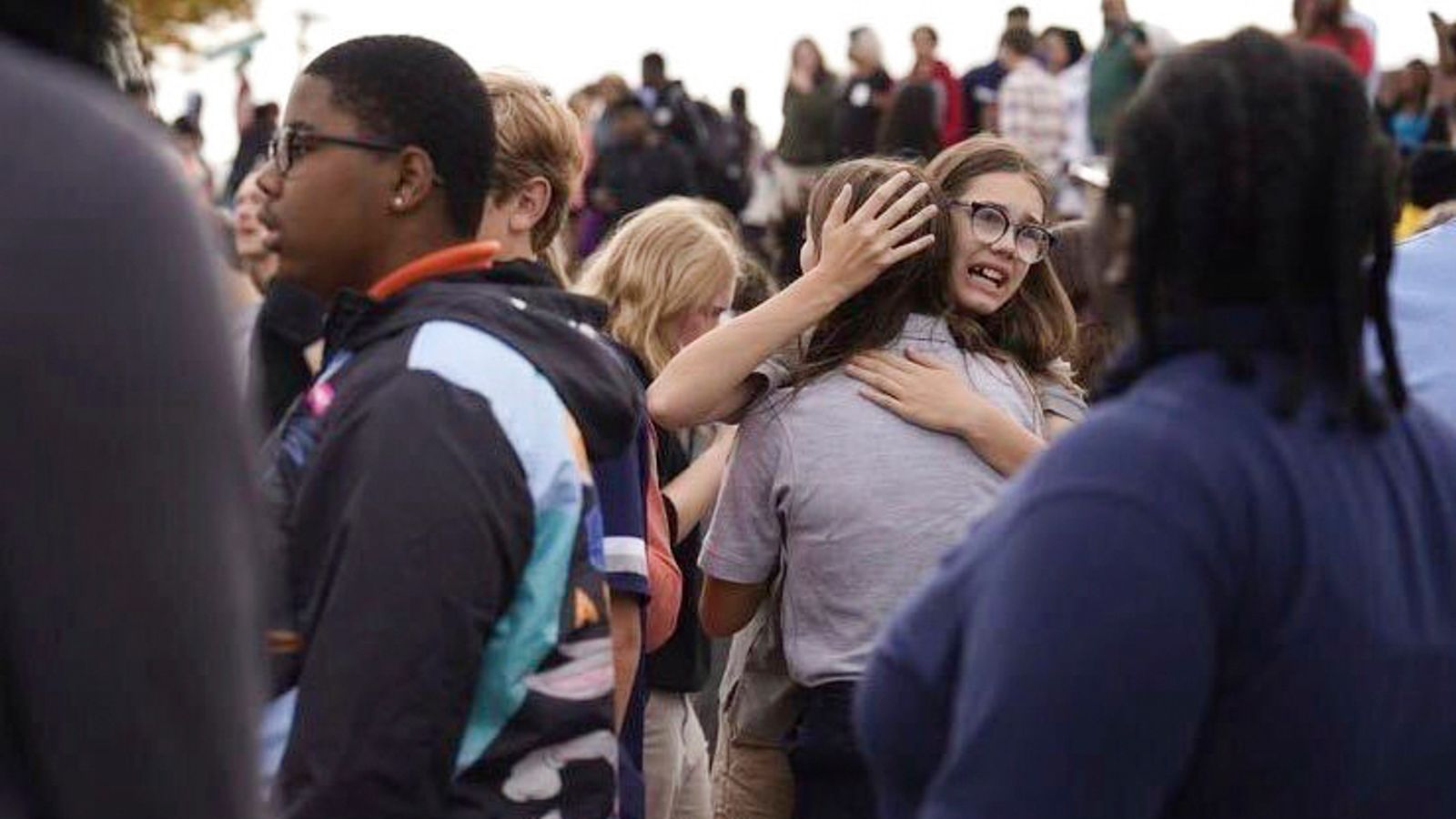 A woman and a teenage girl have been killed after a gunman broke into a high school in St Louis, Missouri.

Six others were hospitalised with some suffering gunshot wounds, and others being struck by shrapnel, according to police.

The gunman, described as a man in his 20s, was fatally shot by police.

Shots first rang out just after 9am at Central Visual and Performing Arts High School in the city on Monday morning.

Hundreds of students and staff were forced to barricade themselves into classrooms, jump from windows and run from the building to find safety.

Police commissioner Mike Sack said security at the school became alarmed when the gunman tried to get into the locked building.

After the gunman opened fire, officers “ran to that gunfire, located that shooter and engaged that shooter in an exchange of gunfire,” killing him, he said.

Mr Sack declined to name the victims and did not say if the woman who was killed was a teacher.

The FBI has since said in a statement that there is no longer an “immediate threat” at the school.

Eye to eye with the killer

One student, 16-year-old Taniya Gholston, told local newspaper St Louis Post-Dispatch she was in a room when the gunman entered.

“All I heard was two shots and he came in there with a gun,” she said. “And I was trying to run and I couldn’t run.

“Me and him made eye contact but I made it out because his gun got jammed. But we saw blood on the floor.”

Another student, Nylah Jones, said she was in a maths lesson when the gunman opened fire into the room from the hallway. She was saved because the gunman could not break his way into the classroom.

Central Visual and Performing Arts High School specialises in the arts and has around 400 students.