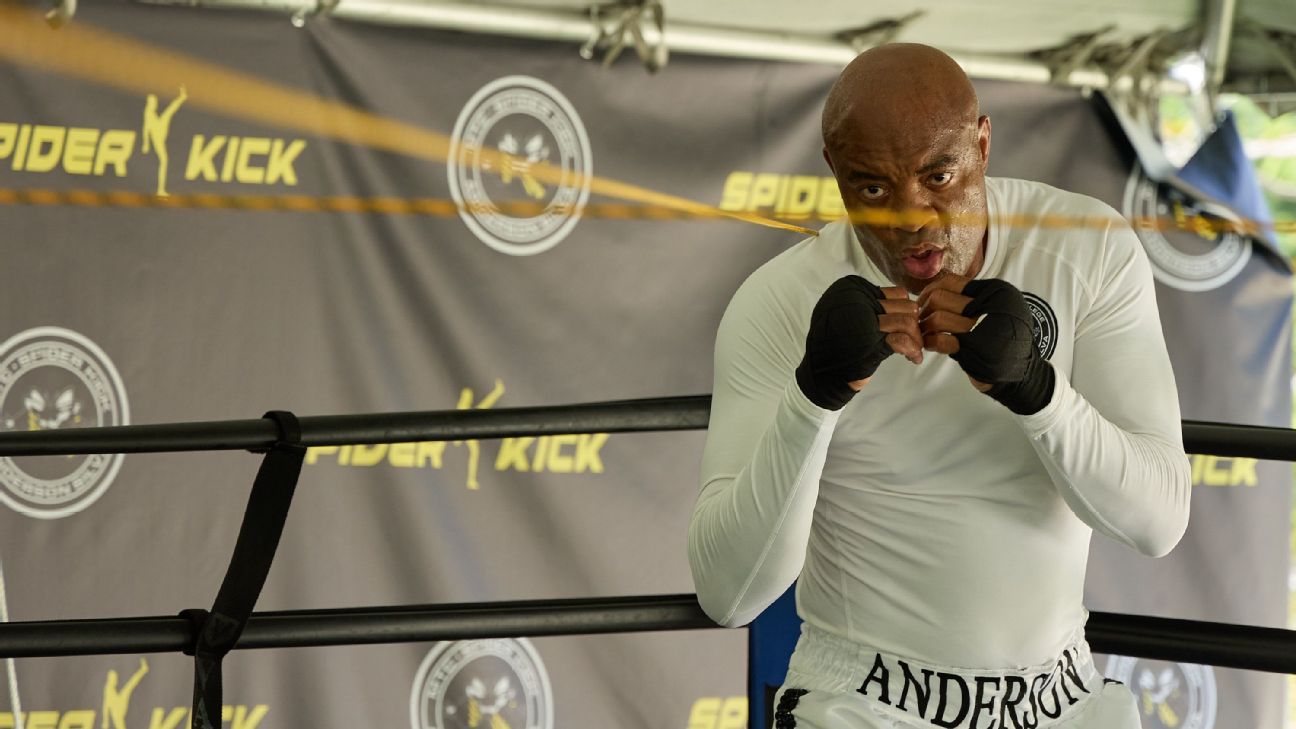 Anderson Silva is 3-1 in his boxing career and 2-0 since returning in 2021 (the other two fights were in 1998 and 2005). In his last two fights, both in 2021, he won a split decision over former middleweight champion Julio Cesar Chavez Jr. and scored a first-round KO of former UFC champion Tito Ortiz.

Now Silva is facing YouTuber-turned-boxer Jake Paul on Saturday in the main event of a Showtime PPV event at the Gila River Arena in Glendale, Arizona.

Silva is one of the greatest MMA fighters ever, but can he actually box? And can he beat Paul (5-0, 4 KOs), who’s already beaten other former MMA fighters Tyron Woodley (twice) and Ben Askren? Former two-division champion and current ESPN boxing analyst Timothy Bradley Jr. examines Silva’s game and explains how he can actually win.

I think that the core of Silva and why he’s been so successful — not just in the UFC, but in boxing as well, or in fighting in general — is because as you age, you have to become more tactical. And I think that’s why he’s been able to transition from UFC into boxing being as old as he is (47). He understands styles of fighting and what he needs to do to be able to beat a particular style in the boxing ring.

When I say tactics, Silva uses his legs — he’s a mover. He’s the type of fighter who likes to set traps. He knows that he can’t fight at the pace of these young guys, but if he can isolate them, if he can keep them at range, tag them and don’t allow them to tag him, then he’ll win — he’ll win a lot of boxing matches.

It’s tactical work and technique. Those are the reasons why he has transitioned so well. And, and of course, the mentality. He is a winner and has a winner’s mentality. He always tries to find a way to win. And that’s why he’s been so damn successful in the Octagon and in the boxing ring.

What does Silva do well?

His nickname is “The Spider,” and I’ll call him Daddy Longlegs. He is very long, very awkward. He has decent lateral movement. Sometimes he crosses legs and things like that, but who doesn’t inside the ring? He is a guy that plays cat and mouse. He likes to play with your mind. He understands that if he breaks your mind down, the body will fall.

So that’s what he does. He understands the basics of boxing. He uses his long jab and the right hand — he has a decent right hand. He has an okay sweeping hook, but for the most part it’s mainly one-two down the middle and movement — tons of movement.

After watching a few of his fights, he’s not a big body puncher. He will place a body shot here and there, but for the most part it’s just movement and striking. Almost like a fencer. Get in and out.

What are his biggest weaknesses?

If a body shot is coming near a boxer, he either clenches down, brings his elbows together and he blocks the shot, especially if it’s coming down in the center of the body. And if a boxer is getting attacked from the outside, he’s dropping his elbows down to the pelvic area, pelvic bone, and leaning into the shot and blocking it with the elbows and bicep.

Silva hasn’t really learned how to defend that way. When you go down to his body, it’s almost like if you tap a regular person down to the body, he immediately drops both hands down to protect and kind of crosses his arms to try to protect the body. If you attack his body, he brings his hands down, exposing his face. And that’s a huge problem getting in the ring with Paul, who likes to set guys up to the body and come over the top with the right hand.

How can Silva be successful against Paul

Silva has to keep his balance with his movement, and he has to do it for eight rounds. It’s all about being clever. I think that a guy like Bernard Hopkins has shown us that. I’m not comparing, just saying that as far as UFC standards go, Silva is like Bernard Hopkins. As far as boxing goes, B-Hop is one of the best that’s ever done it.

And then you see certain things being set up, so you’re able to avoid them and be in certain positions. That’s what Silva brings into the ring — his knowledge of just fighting. And if he uses that hit and don’t get hit strategy, plus avoiding dropping his hands down by his body, he has a chance of beating Paul and upsetting him. He really does.

He must come into the fight in tip-top shape, make Paul miss and make him pay. If he can make him look silly by swinging wildly, Paul is going to get tired. Silva can’t allow Paul to tie him up. Jake is not a really good inside fighter. Neither is Silva, but he cannot let Paul tie him up and stop his work.

I see this bout going two ways. And that’s it. I could see Paul catching Silva and hurting him and ending the fight with a looping right hand, or a right hand to the body, or I could see Silva toying with Paul, frustrating him and having a showcase. Just enjoying the night and really using his knowledge of just fighting to the best of his ability.

The fight is just eight rounds. With age, each round seems longer. Older fighters try to slow the pace down. That’s what Silva’s going to try to do. He can move all night and there’s just a couple of ways of slowing down the pace. You can tie up a guy, you can use your jab, you can keep your distance, or you can keep him off balance by moving left or right. Making him miss, then get back in the center of the ring and just wash, rinse and repeat.

Peter Kay in tears as he gets standing ovation at start of comeback gig
Hear what Herschel Walker said about his residency
Will Judge sign? Which NL West team could make a huge move? What we’re hearing at the winter meetings
New report reveals what then-President Bush knew leading up to 9/11 attack
Amber Heard files appeal against Johnny Depp libel trial verdict