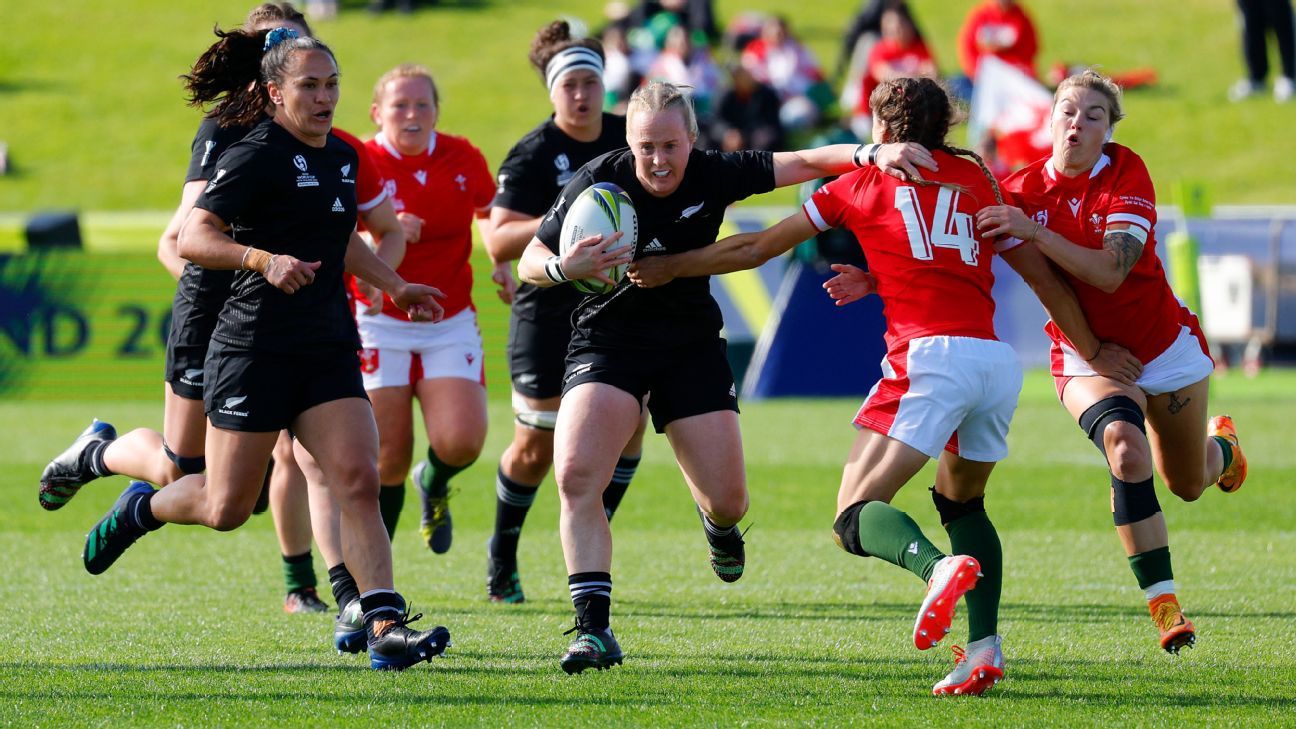 New Zealand Rugby [NZR] has acknowledged a scheduling blunder that will see the Black Ferns’ World Cup quarterfinal clash with the opening match of the All Blacks’ spring tour.

NZR has come in for heavy criticism this week for the error, which will see the All Blacks’ Test against Japan in Tokyo overlap with the Black Ferns’ knockout match against Wales in Whangarei, after World Rugby confirmed its quarterfinal schedule last weekend.

While not offering an apology, NZR said that it had failed to take into account the Black Ferns likely quarterfinal appearance — and a World Rugby draw that had long stipulated the host nation would play in the second knockout match this weekend.

“New Zealand Rugby acknowledge the scheduling clash between the Black Ferns’ crucial Rugby World Cup quarterfinal against Wales in Whangarei and the All Blacks Test against Japan in Tokyo on Saturday,” an NZR statement read.

“Unfortunately, when Japan Rugby set the kick-off time for the All Blacks Test, NZR did not take into account the Rugby World Cup stipulation that the host nation would play in Quarterfinal 2 timeslot regardless of pool results and may inadvertently cause a clash.

“There was never any intent to overshadow the Rugby World Cup in any way, and New Zealand Rugby is delighted with how New Zealanders have embraced not only the Black Ferns but the tournament as a whole.

“NZR did make a request to Japan Rugby to move the kick-off time but we respect the reasons provided for not being able to shift the time.

“We know the scheduling clash is not ideal but fans are still able to watch and support the Black Ferns and All Blacks.”

NZR encouraged supporters to watch both fixtures either live or on delay, with both free-to-air and subscription broadcasters making both matches available.

It is not the first time NZR has come in for criticism of its management of the women’s game and the Black Ferns this year, after the All Blacks social media channels were flooded with criticism following its posts celebrating International Women’s Day.

But the World Cup has certainly proved a popular hit with rugby supporters in New Zealand, with a record crowd for a women’s sporting event attending the opening day’s matches at Eden Park.

The Black Ferns defeated the Wallaroos 37-17 that night, before sweeping their remaining quarterfinal matches against Wales and Scotland in comfortable fashion to be the No. 1 seed for the knockout phase.

Portugal coach blasts Ronaldo for sub reaction
Number of landlords selling up rises by nearly 13% in four months
Starmer pledges to abolish House of Lords in first term as PM
‘May the Force be with you’: PM ‘sad’ as Javid to step down at next general election
Oil prices rose as much as 2% on hopes of China’s reopening and as OPEC+ maintains output cut targets