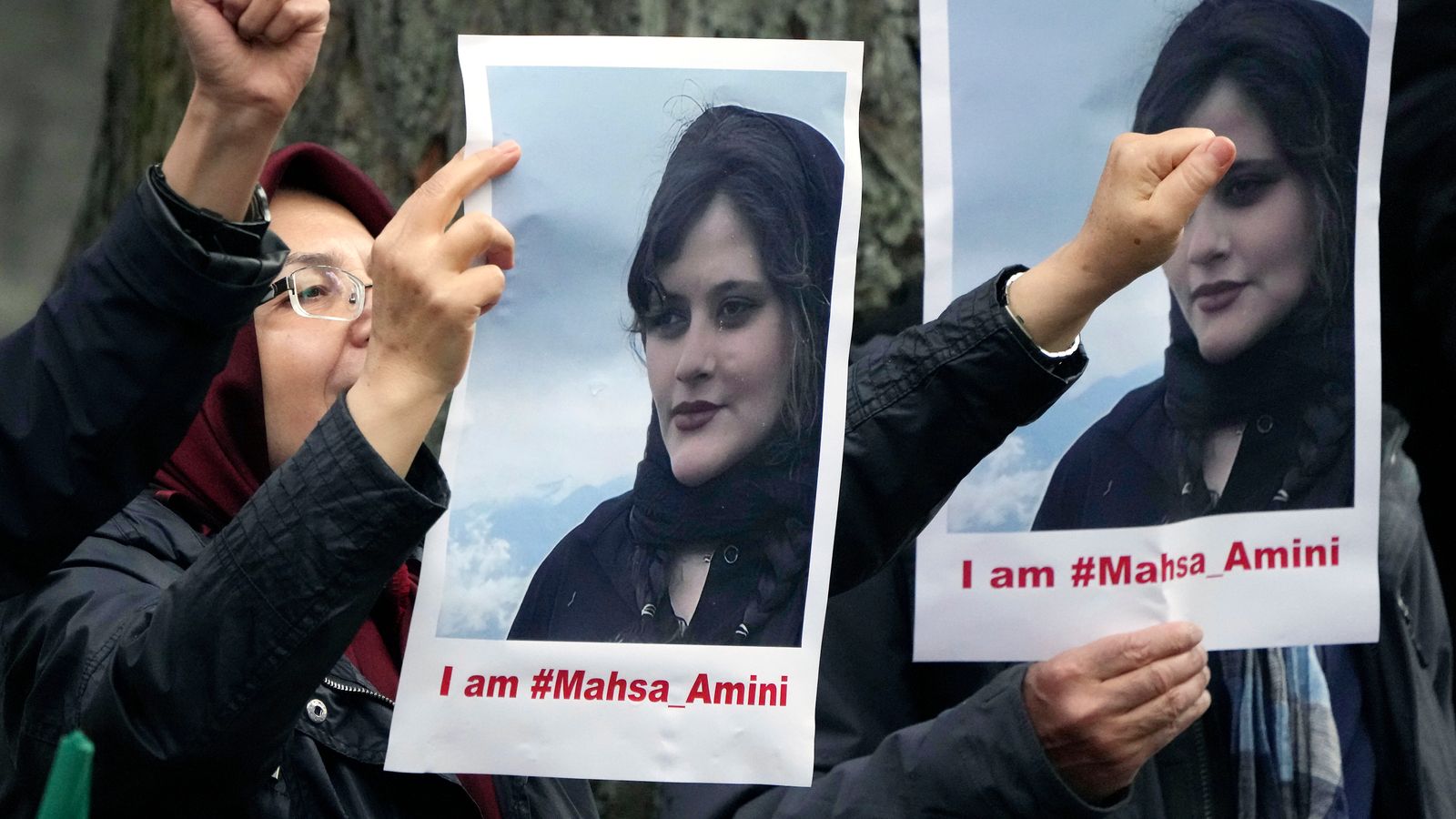 Facing a serious challenge from ongoing widespread unrest, Iran’s government is blaming Kurdish separatists for inciting the unrest, an Iranian academic has said.

Protests demanding the overthrow of Iran’s clerical rulers are now in their fourth month, which erupted after the death of Mahsa Amini, a Kurdish-Iranian woman, while in custody of the morality police.

“For the government it’s useful to say this is Kurdish separatists,” Yassamine Mather, an academic, said.

The Oxford University scholar told Sky News: “The protesters see themselves as part of a much bigger Iran protest.”

Ms Amini, who was 22, is being held up as a symbol and rallying cry, while the regime’s brutal crackdown has lead to the deaths of more than 470 protesters, according to the activist HRANA news agency.

Grappling with perhaps the biggest threat to its rule in decades, the government has accused foreign nations of inciting the demonstrations.

The regime has also levelled blame at its Kurdish population, much of which lives near the border of Iraq.

A hardline Iranian security official told Reuters: “The Kurdish opposition groups are using Amini’s case as an excuse to reach their decades-long goal of separating Kurdistan from Iran, but they will not succeed.”

Ms Amini was from the Kurdish city of Saqqez, the first area to witness protests after her death in September.

Ms Mather said that “the demonstrations I’ve seen online, the slogans that I read don’t point to” a separatist motive.

“On the contrary they seem to emphasise their part in a larger Iran, like they call on people in Baluchestan, in Tehran, in Azerbaijan to support them,” she said.

“If you wanted separation, you wouldn’t do that.”

The regime appeared to make a concession to the protesters when the attorney general suggested the morality police, which enforces the country’s strict dress code, had been disbanded, but the interior ministry has not confirmed the claim and state media has since said the official in question is not responsible for running the force. 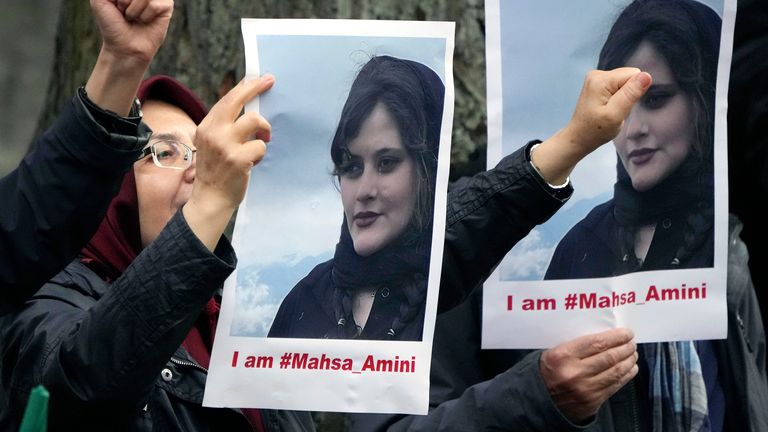 Will Iran lift its headscarf ban?

‘The whole of Iran rose up’

Samira, 42, is a mother of two teenage boys and lives in Sanandaj city, the regional capital of the Kurdistan region in northwestern Iran.

She told Sky News that her Kurdish roots and being Sunni Muslim means her people have been under oppression for decades.

“We as Kurds want our human rights and have no interest in separating Kurdistan from Iran – in contrast to what the government is promoting,” she said.

“It is natural the more they violate our rights, voices for federalism and separation grow.

“But the fact that a Kurdish girl was killed, but the whole of Iran rose up, shows that we as Iranians from any background or tribes are not separate, and we support each other.”

Dr Arshin Adib-Moghaddam, a professor at the School of Oriental and African Studies in London, said the protests are “certainly not primarily sectarian” and involve “every strata of Iranian society”.

He told Sky News: “At the core of Iran, there is an ancient culture, a common historical memory, rites and rituals that are clearly shared.

“Conversely, the Iranian state attempts to rally a weary population around an ideology that denies that ingrained diversity.”

Dr Adib-Moghaddam, author of What Is Iran?, added: “The Iranian state is prudent enough not to sectarianise this conflict and probably realistic enough to understand, that the protests address the recent unwillingness of Iran to reform, and therefore also the idea of the Islamic Republic itself.”

The Iranian government has also accused Kurdish opposition groups based across the border in northern Iraq of inciting the demonstrations and smuggling weapons into the country.

The authorities have not provided evidence for these claims, which Kurdish groups have denied.

“We’re being used as a scapegoat,” Khelil Nadri, a spokesman for the Kurdistan Freedom party, told the Financial Times.