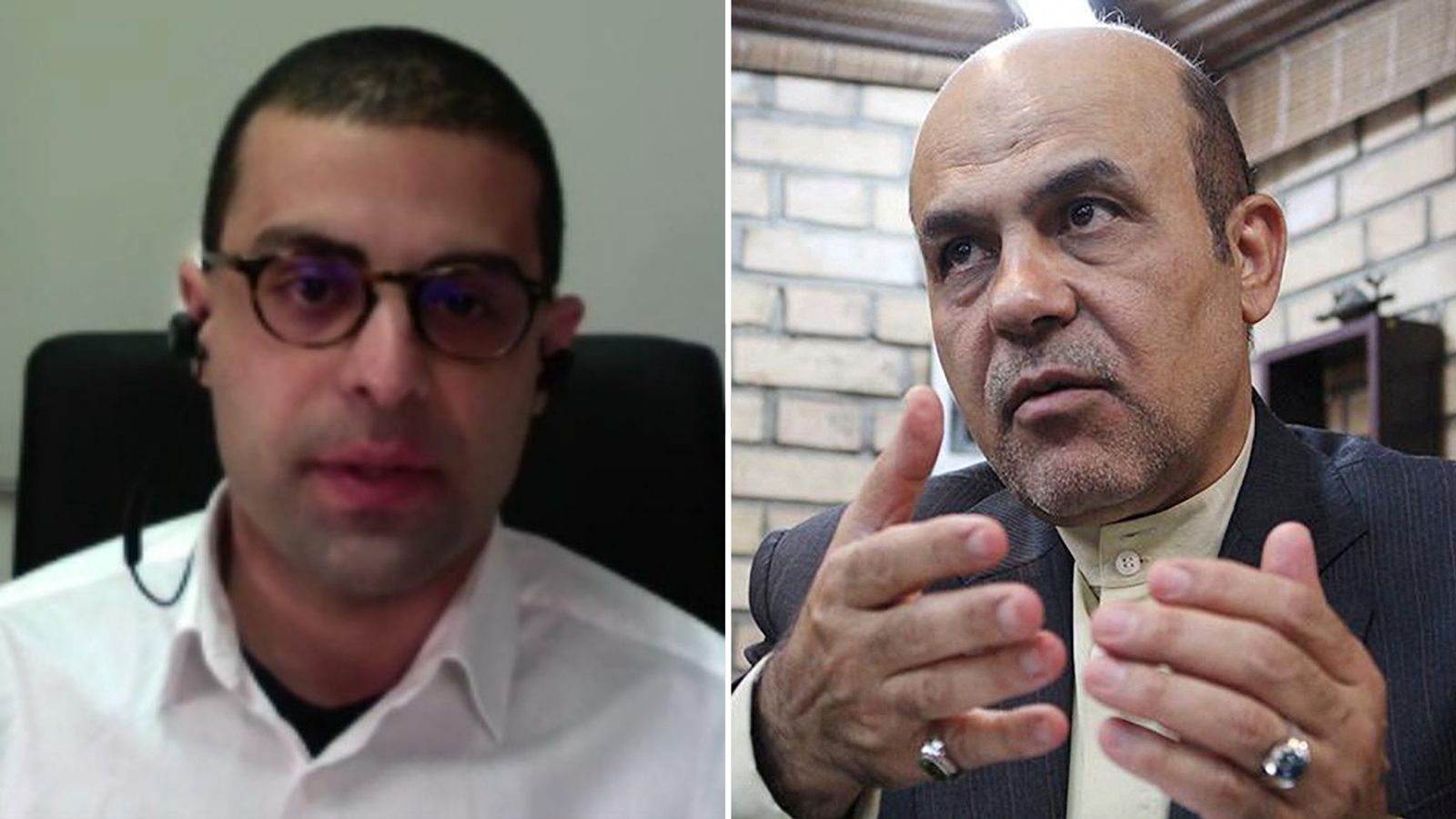 The nephew of a British-Iranian national who was put to death by hanging in Iran has spoken of his shock, describing the execution as a “political game”.

Official Iranian news sources reported on Saturday that Alireza Akbari, the country’s former deputy defence minister, had been executed on charges of spying for Britain, but did not say when the death sentence had been carried out.

Ramin Forghani, a researcher in political science at the University of Luxembourg, told Sky News that he only had good, kind memories of his uncle, and that the execution was a political game which had caused terrible mental anguish to his family.

Mr Forghani said he could not imagine how awful his uncle’s immediate family would be feeling, and remembered how his relatives would meet each other during the Iranian New Year period.

Read more:
Who was the British-Iranian national executed in Iran?
The sports stars being arrested, jailed and executed
Gunfire and tear gas as anger over executions grows

“He was always smiling,” he said, paying tribute. “He would always try to help anybody as much as he could, family or friends, and that’s the memory that I will continue to have of him.”

Mr Forghani said it had been an “absolutely terrible” time for the family. “I can only imagine that it has been a horrific time for my uncle’s immediate family, his wife and children,” he added.

Mr Akbari, 61, had served as a minister in the reformist government of Mohammad Khatami between 1997 and 2005, and left the country for Britain in 2008 after being briefly detained and bailed by the Iranians. He was later arrested again in 2019 and accused of espionage for MI6.

Mr Forghani said the charges made no sense as his uncle had been involved with the Iranian regime since its foundation, having held senior positions in the government, and that we was dedicated to the country and would not do anything to jeopardise its security.

“I do believe it is a political game,” he said. “It would be [unthinkable] for him to try to do anything in any shape or form to jeopardise the country, nor the regime. I can’t think of his character being somebody that would try to do anything against the country. That’s just not digestible.”

The only plausible explanation, Mr Forghani said, was that his uncle had political enemies who had used the system against him. He said the execution was a violation of human rights and urged that pressure on Iran be kept up, saying no one should forget about other dual nationals imprisoned and awaiting sentencing.

“The regime does anything it can, unfortunately, to suppress the population, but also to distract the global perspective to what is happening to the people in the country.”

Prime Minister Rishi Sunak said he was “appalled” by the execution, describing it as “a callous and cowardly act, carried out by a barbaric regime with no respect for the human rights of their own people”.

Foreign Secretary James Cleverly described it as a “barbaric act” that “deserves condemnation in the strongest possible terms… and will not stand unchallenged”. He has sanctioned Iran’s prosecutor general, Mohammad Jafar Montazeri.

He subsequently tweeted that the UK would be temporarily recalling its ambassador to Tehran for consultation.

The Iranian judiciary claimed Mr Akbari was a “key spy” for the British government, according to the semi-official Tasnim news agency.

It said Iranian intelligence unmasked him by feeding him false information, and described him as “one of the most important infiltrators of the country’s sensitive and strategic centres”.

Mr Akbari had claimed he was tortured and given mind-altering drugs and forced to confess to crimes he did not commit.

Flybe: Will I get a refund for my flight?
GM’s latest look at the Equinox EV has us guessing on range, battery, and price
Sam Bankman-Fried tried to influence witness through Signal, DOJ alleges
Surprise attack on secret military factory in Iran was Israeli raid, US officials say
‘It’s been a real wild journey’: Raye on cutting ties, confronting past trauma, and doing things her way