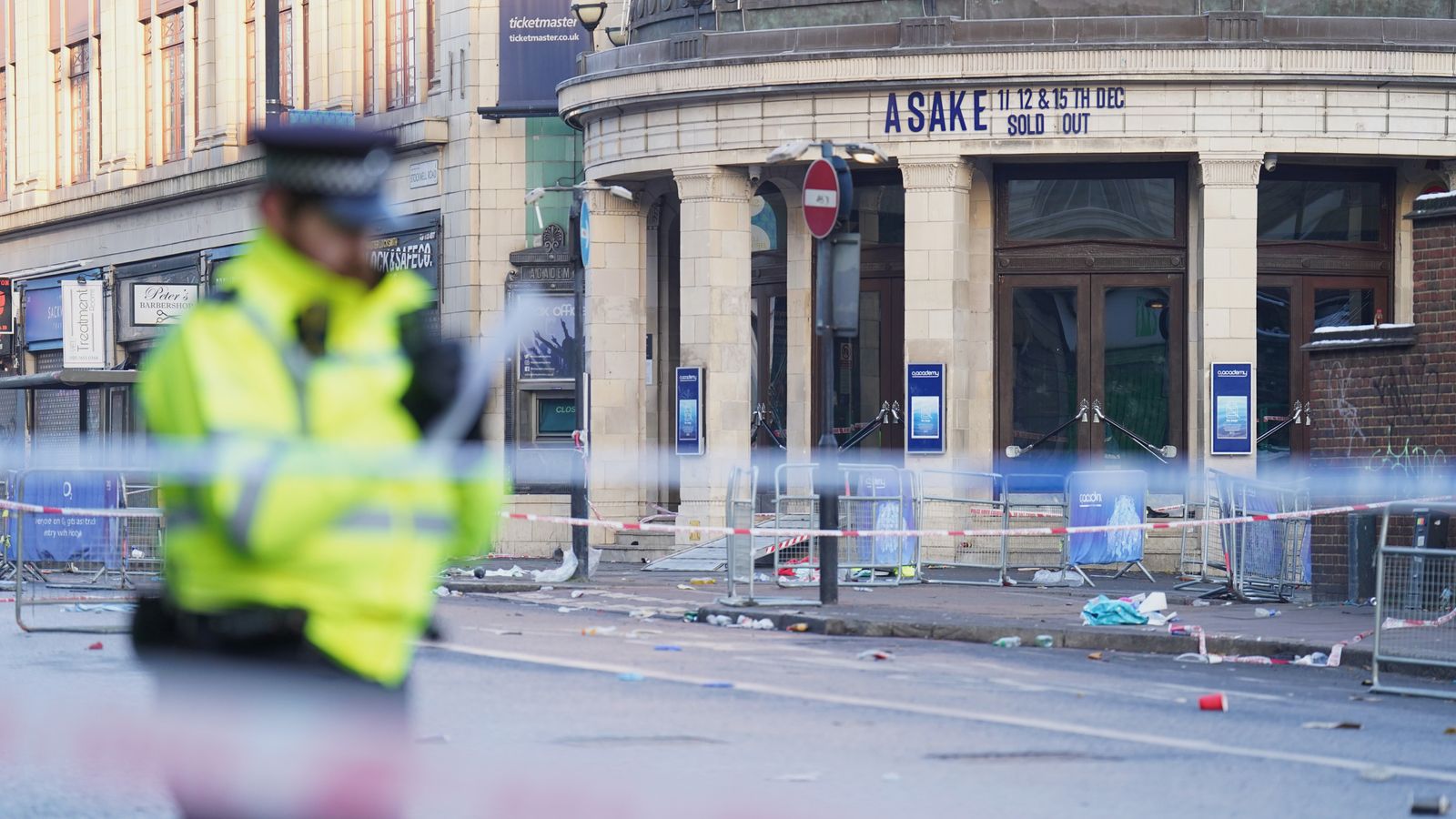 The O2 Academy in Brixton will remain shut for three more months after two people were killed in a crowd crush.

Owners Academy Music Group (AMG) said it had “reflected deeply” on the incident and had decided to stay closed regardless of an impending licensing decision by the local council.

Lambeth Council ordered the site to shut shortly afterwards, pending a hearing by a subcommittee on Monday.

Metropolitan Police had sought a longer licence suspension “to allow time to work with the venue to facilitate a safe reopening and to ensure appropriate safeguards, aimed at improving public safety, are in place”.

AMG has now taken the matter into its own hands, saying it “recognises the gravity” of what happened and offered “sincere condolences to the families of those who died”.

The three-month closure will give time for investigations into the incident to take place, AMG said, adding it was “committed to understanding what happened” and “providing full co-operation to the police”.

“The company’s decision to close for this period will be the case whether or not the licence is suspended, but AMG agrees to the suspension as an enforceable measure,” a statement continued.

An online portal set up by the Met for people to submit details, photos, and videos of the incident remains open.

Some 4,000 people are thought to have witnessed the crush, which left eight attendees needing hospital treatment.

Biggest day of strikes in over a decade begins – as teachers, train drivers and civil servants walk out
The deadly assault draws painful parallels for Americans who are no strangers to videos of police violence
Norway’s gigantic sovereign wealth fund loses a record $164 billion, citing ‘very unusual’ year
Warning of ‘significant job losses’ at Asda as it faces potential strikes over ‘efficiency’ plans
Treasury reveals ‘world-first’ proposals to regulate cryptocurrency