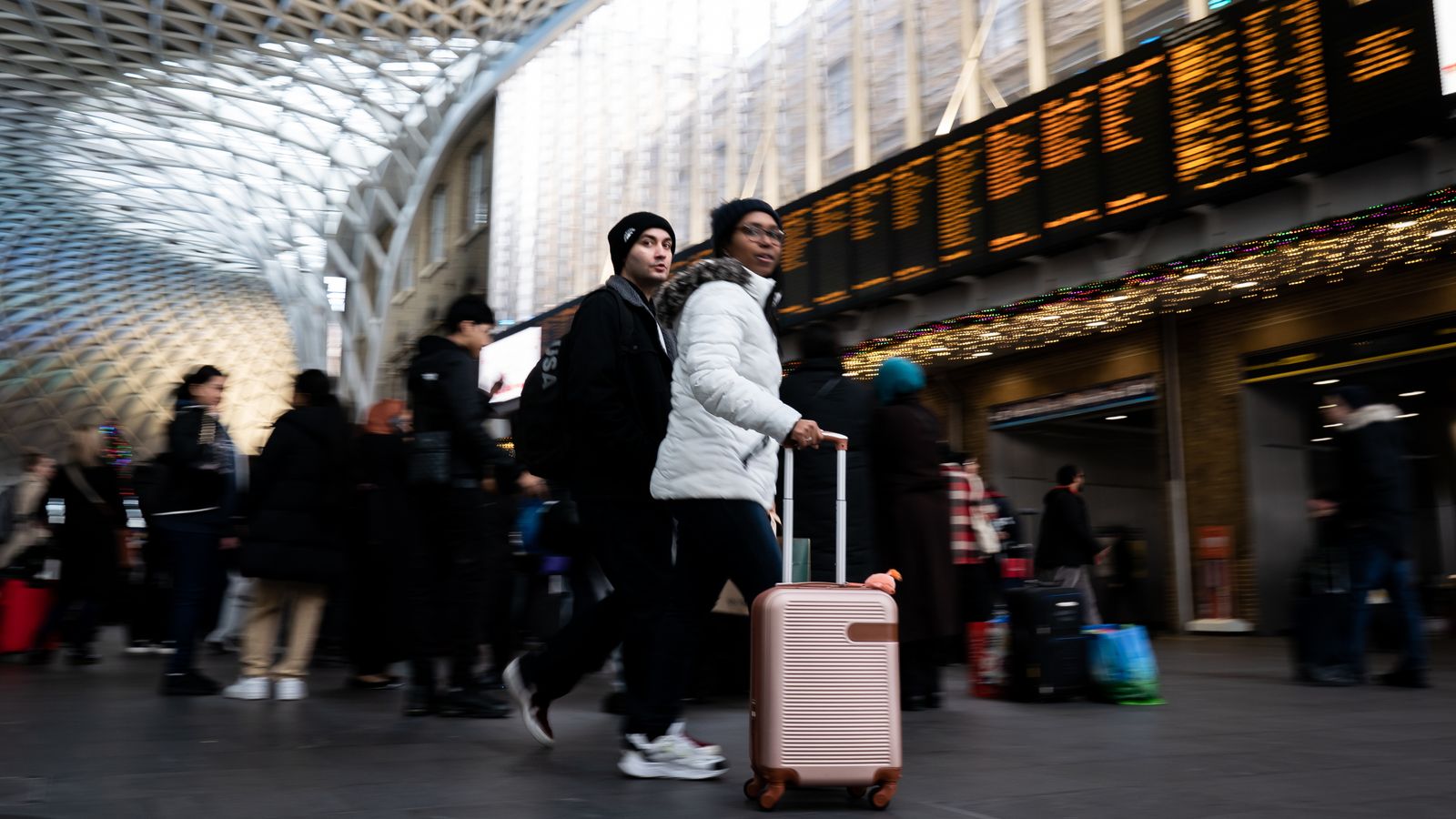 The transport secretary has given rail operating companies “permission” to make a new offer to railway unions this week as the government hopes for an end to months of strikes.

Mark Harper told Sky News’ Sophy Ridge that he had given the companies a “revised mandate” to go into negotiations in the coming days, saying there had been “big changes” in the government’s approach since he took over the role from Grant Shapps.

But he said it was “important now that we give some space” to the two sides “to try and reach a conclusion”.

Labour’s Peter Kyle said the remarks showed there had been “a wasted year” under the previous transport secretary, who “refused to engage or even meet with unions” when the strikes began in 2022.

The RMT, along with other rail worker unions, have staged strikes across the country since June over jobs, pay and conditions.

Two of the unions involved covering smaller numbers of staff have reached settlements, but the RMT and train operating companies are still at loggerheads, especially when it comes to proposed reforms that could close ticket offices and increase driverless train numbers.

Mr Harper said this week’s offer “would cover both pay and reform” in the sector, but denied reports the government had scaled back demands over driverless trains.

“They’ve been in existence, frankly, since I was a teenager, which I’m afraid quite a long time ago,” he told Sophy Ridge.

“Our general position on reform is that reform is still incredibly important, because by having generational reform on the railways… we generate the savings to pay for the pay awards to staff and still have a financially sustainable railway.”

Read more:
Fresh wave of strikes this month – who is taking action and when
Nursing union threatens biggest strike yet

The transport secretary insisted that the two sides have “made some progress” and pointed to his own interventions as a boon to talks.

“We’ve made some progress and I hope we can make further progress,” he said. “I want to stop these damaging disputes. They’re bad for people who work on the railways and most importantly for passengers and the wider economy.

“I think we’ve made a big change since I became transport secretary and hope to make continued progress. I’ve made the changes that I think are necessary to get us on a path to that.”

Mr Kyle praised Mr Harper’s involvement but criticised the time it has taken for a transport secretary to get into the talks.

“The government sets fares… the time scales… the stations that each train has to stop at,” he told Sophy Ridge.

“So the idea that for the entire summer when all of this unrest was fermenting between staff and unions and the government that Grant Shapps refused to engage or even meet with unions? It was a really missed opportunity.

“So it’s good that he’s starting to now. But it is an acknowledgement we’ve had a wasted year.”

Rail unions are far from the only sector taking industrial action, with nurses, ambulance workers, bus drivers and civil servants among those staging walkouts over the coming days and weeks.

Teachers are also striking in Scotland from tomorrow, with the results of ballots from other teaching unions in England expected to drop on the same day.

Mr Harper said “anything disrupting children’s education will be very regrettable”, especially after the impact of COVID.

And he said education secretary Gillian Keegan was meeting with unions “to listen to the concerns that teachers have got” and try to avert strike action.