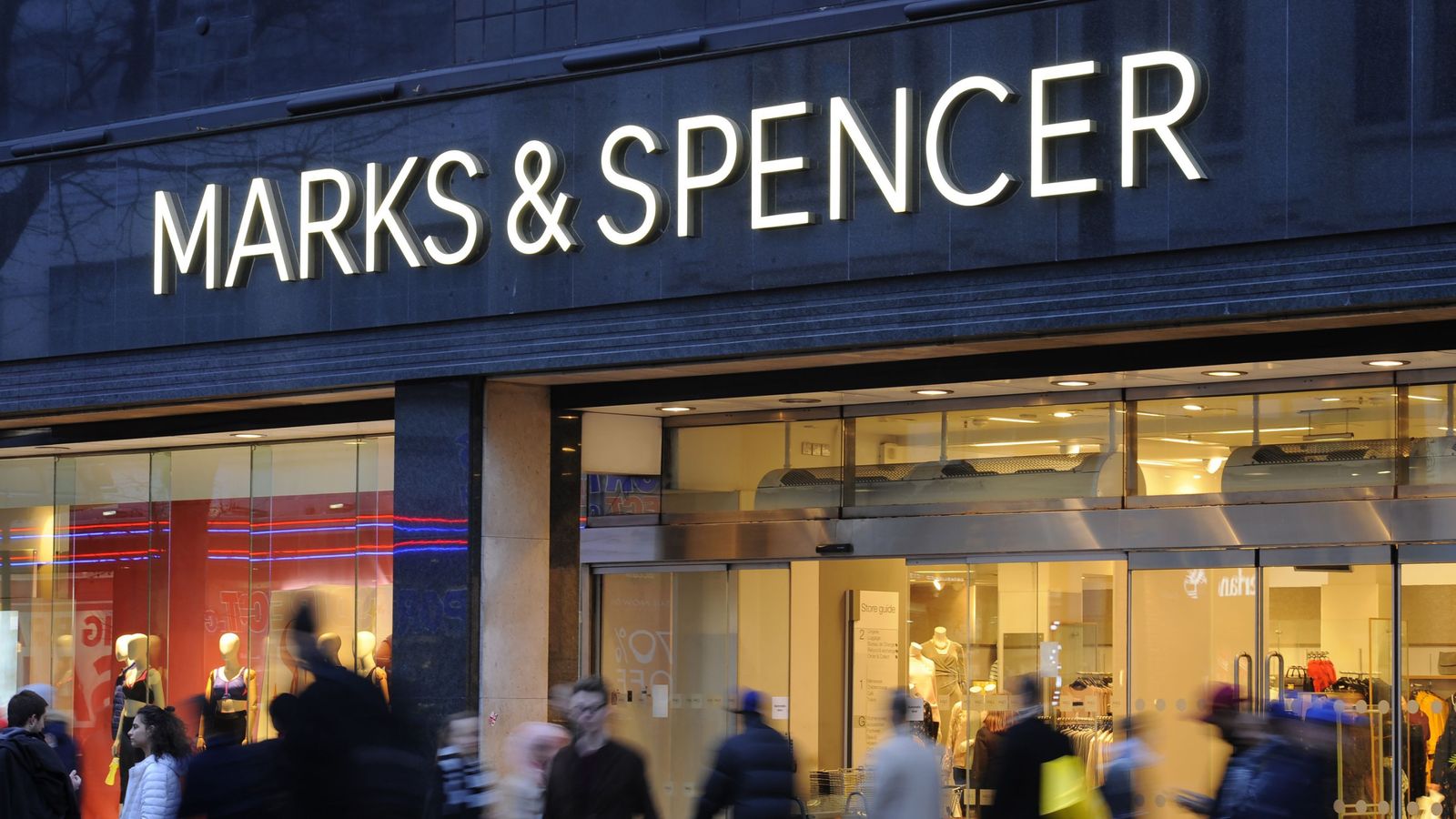 Marks & Spencer is to open 20 new shops and create thousands of new jobs, thanks to an investment in its stores worth £480m.

New M&S stores will open at former Debenhams sites in Leeds, Liverpool, Manchester, Birmingham and Thurrock this year, the retailer has announced.

More than 3,400 jobs will be created over three years, according to M&S.

Debenhams shut for good in May 2021 as COVID-19 lockdowns proved to be the final straw for the department store chain.

But M&S has now announced expansion plans which could revive some abandoned Debenhams locations.

The new shops in Leeds and Liverpool will open in the summer, with the new Birmingham store scheduled to follow in the autumn. M&S said the Manchester and Thurrock shops will open towards the end of 2023.

More on Marks And Spencer

A total of 12 new Marks & Spencer food halls will also open this year. Food outlets are planned in Stockport, Barnsley in South Yorkshire and Largs in North Ayrshire.

The department store said it is also extending its food offering via franchise partnerships, building on the presence of its convenience food in Costa Coffee shops and service stations.

M&S said the better than expected performance of “recently relocated and renewed stores” had given the company the confidence to “go faster” with its plans for change.

It said each of the larger new stores had been designed “with local families in mind”, with wider aisles and more spacious clothing and home departments, allowing shoppers to browse more easily.

While new, larger stores are being built the overall number of M&S brick and mortar will recline from 247 to 180 “higher quality, higher productivity full line stores that sell our full clothing, home and food offer whilst also opening over 100 bigger, better food sites.

The shops will also have new M&S cafes, as well as sustainable initiatives such as Fill Your Own, and offer free car parking.

He said: “Our store rotation programme is about making sure we have the right stores, in the right place, with the right space and we’re aiming to rotate from the 247 stores we have today to 180 higher-quality, higher-productivity full-line stores that sell our full clothing, home and food offer whilst also opening over 100 bigger, better food sites.”

Sales were ahead of forecasts in clothing and home sales in Colchester and Llandudno, while the newly expanded M&S food shop in Harrogate outperformed by 26%.

The strong figures were illustrative of increased sales across M&S stores in the final three months of last year.

Like-for-like food sales were up by 6.3% over the 13 weeks to 31 December. The brand’s clothing and home products enjoyed their greatest market share for seven years, with sales up by 8.6%.

As recently as November M&S reported a big dip in profits and warned of a “gathering storm” ahead from rising costs and squeezed consumer budgets.

Profit before tax and adjusting items was £205.5m for the six months to 1 October, 24% down on the same period a year previous, despite an 8.5% revenue increase across the business.

Tesla Megapacks keep airport and US Coast Guard station powered during natural disasters
Starmer’s ‘radical’ promises have gone as he targets power – but we still don’t really know who he is
Patrick Mahomes plays through ankle sprain, leads Chiefs to third Super Bowl in four years
Watch Obama crack himself up
‘It’s been a real wild journey’: Raye on cutting ties, confronting past trauma, and doing things her way