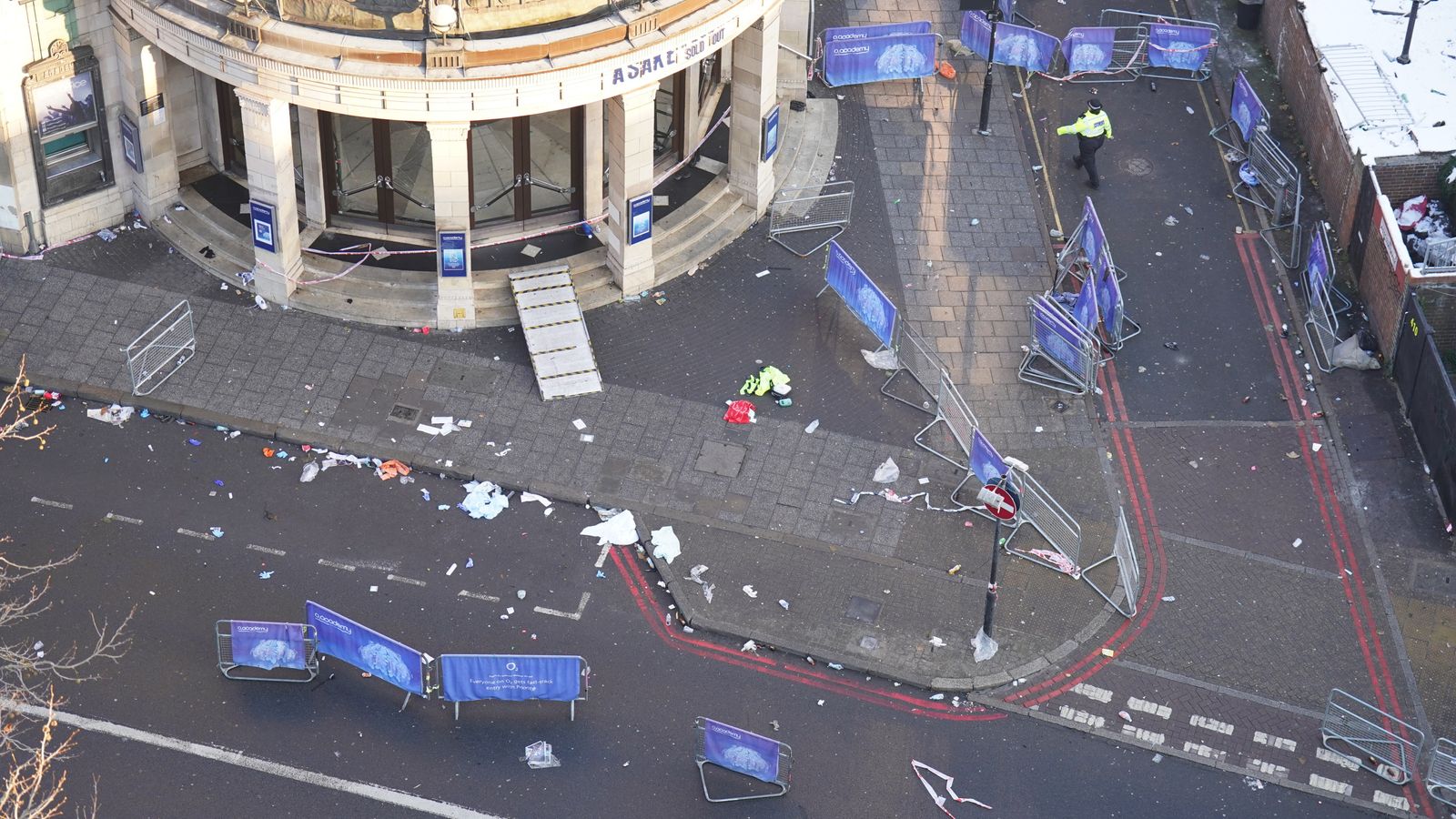 The 02 Academy in Brixton has had its licence suspended for three months after two people were killed in a crowd crush.

On Sunday, owner Academy Music Group (AMG) said it had decided to stay closed for three months regardless of the impending licensing decision by the council.

The chair of the sub-committee, councillor Fred Cowell, said: “The decision of the licensing sub-committee is that the premises licence is suspended for a period of three months from today, expiring at one minute past midnight on 16 April 2023.

The meeting was called after an application by the Metropolitan Police.

Gerald Gouriet KC, representing the force, said the full extent of the injuries caused by the crush is still unknown.

“It started at 8pm, so I understand by 9pm a large crowd of about 1,000 people had formed outside the entrance to the premises, to all intents giving the appearance of entering the building,” he said.

“Staff at the venue closed the entrance doors and called the police for support. And we have a timing for that call, it’s 9.04pm. The police arrived at 9.16pm.

“When they arrived, they found large-scale disorder, the crowd pushing against the doors, trying to force them open, which they eventually did.

“And when the doors were breached, the crowd poured into the lobby towards the auditorium.

“A number of them fell to the floor. Several – we don’t yet know the total number and that will be found out as the inquiry proceeds – were injured as the crowd surged on and over those who had fallen.”

“Tragically, as we know, two of them died as a result of their injuries,” he said.

“A third remains critically ill and the fourth has been, thankfully, discharged.”

Mr Gouriet applied for the venue to have its licence suspended for three months, for that suspension to include the initial 21-day appeal period, and for no licensed activities to take place there until it has had an application to vary its licence granted by the licensing sub-committee.

Stephen Walsh KC, representing AMG, said his client agreed to the suspension terms as set out by the police and offered sympathies on behalf of the venue to those impacted by the tragedy.

Trump kicks off 2024 White House bid – and says he’s ‘more committed than ever’
Mortgage burdens head for their highest levels since the 80s
British Steel draws up plan for 800 job losses amid government funding talks
What has Belarus got to do with the Russia-Ukraine conflict?
Ukraine Crisis: Russian forces try to surround Kyiv